A silver coin depicting an illuminated letter from the L’Isle Adam Graduals. The coins are issued under the Europa Programme with the theme ‘Gothic’ and bear the Europa Star logo. The reverse of the coins depicts an illuminated letter O found in the L’Isle Adam Graduals, which are housed in the museum of St John’s Co-Cathedral. Colour printing techniques have been used on the coins to reproduce the chromatic and aesthetic qualities of the original artwork. The obverse of the coin features the coat of arms of Malta and the Europa Star logo. 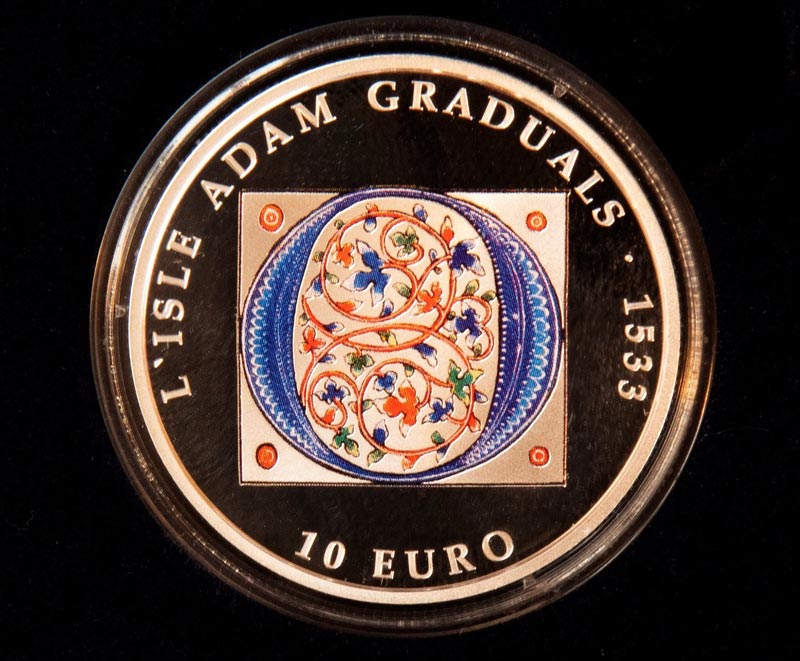