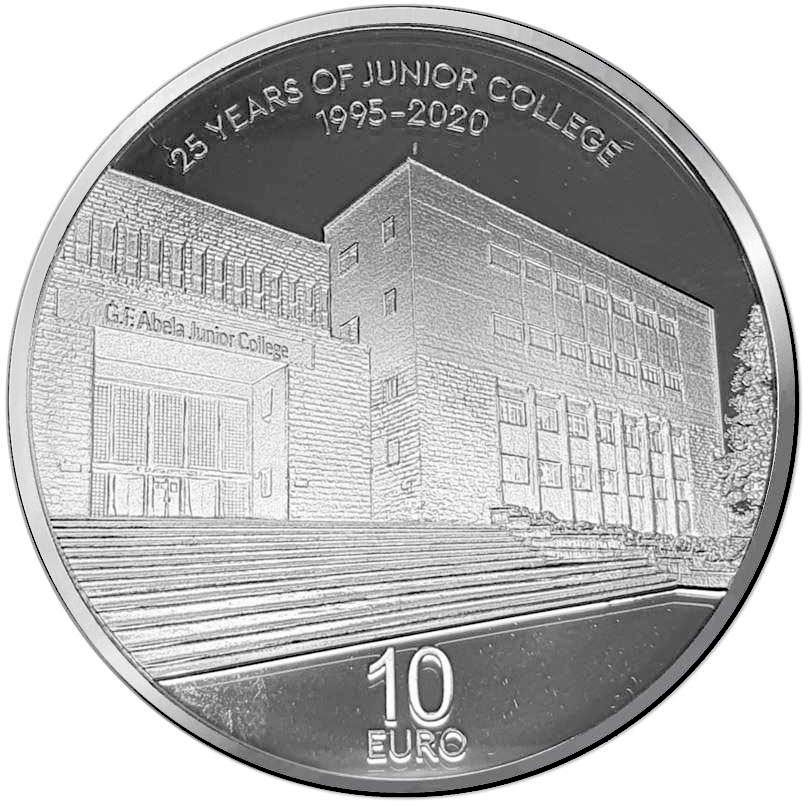 On 19 July 2021, the Central Bank of Malta issued a silver coin to mark 25 years since the Junior College opened its doors in 1995. The coin, struck at the Royal Dutch Mint, shows the emblem of Malta and the year of issue, 2021, on the obverse. On the reverse, the coin carries a representation of the Junior College premises in Msida. This modernist building, which was popularly known as the Polytechnic, was designed by Victor Anastasi. It was funded through Britain’s Colonial Welfare and Development Fund, and UNESCO. The building was formally inaugurated on 16 July 1966 – 55 years ago.