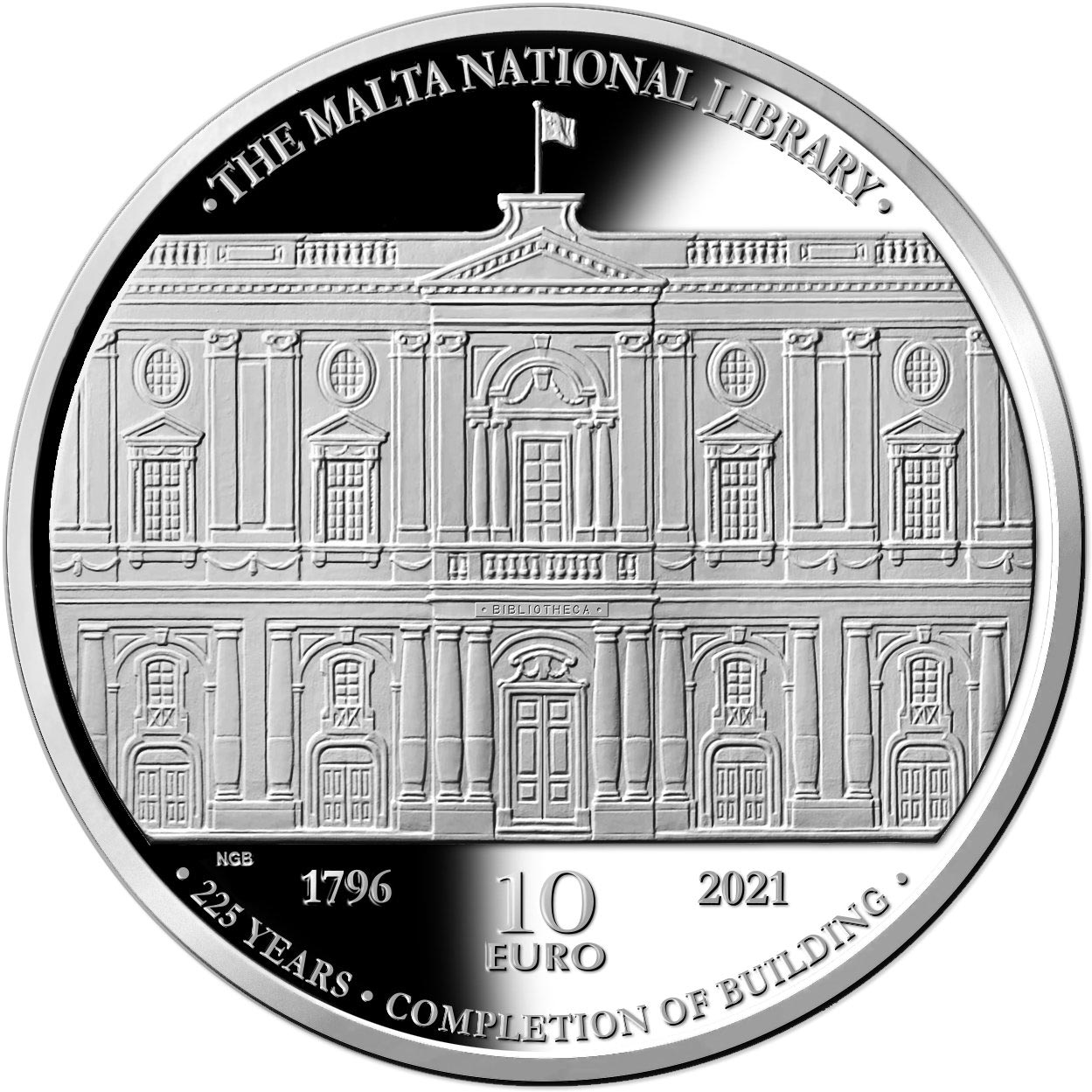 On 19 July 2021, the Central Bank of Malta issued a silver coin to mark 225 years since the Bibliotheca building in Valletta was completed in 1796. The Bibliotheca was the last major public building constructed by the Order of St John on Malta, but it is also the first purposely-built library on the island. The plans for the Bibliotheca were drawn by Stefano Ittar, a respected and well-known architect in Catania. The construction works started in 1786, but the building was not completed until 1796, just two years before the Order of St John was ousted from Malta by Napoleon.