50 euro - 500th Anniversary of the Circumnavigation of the Globe 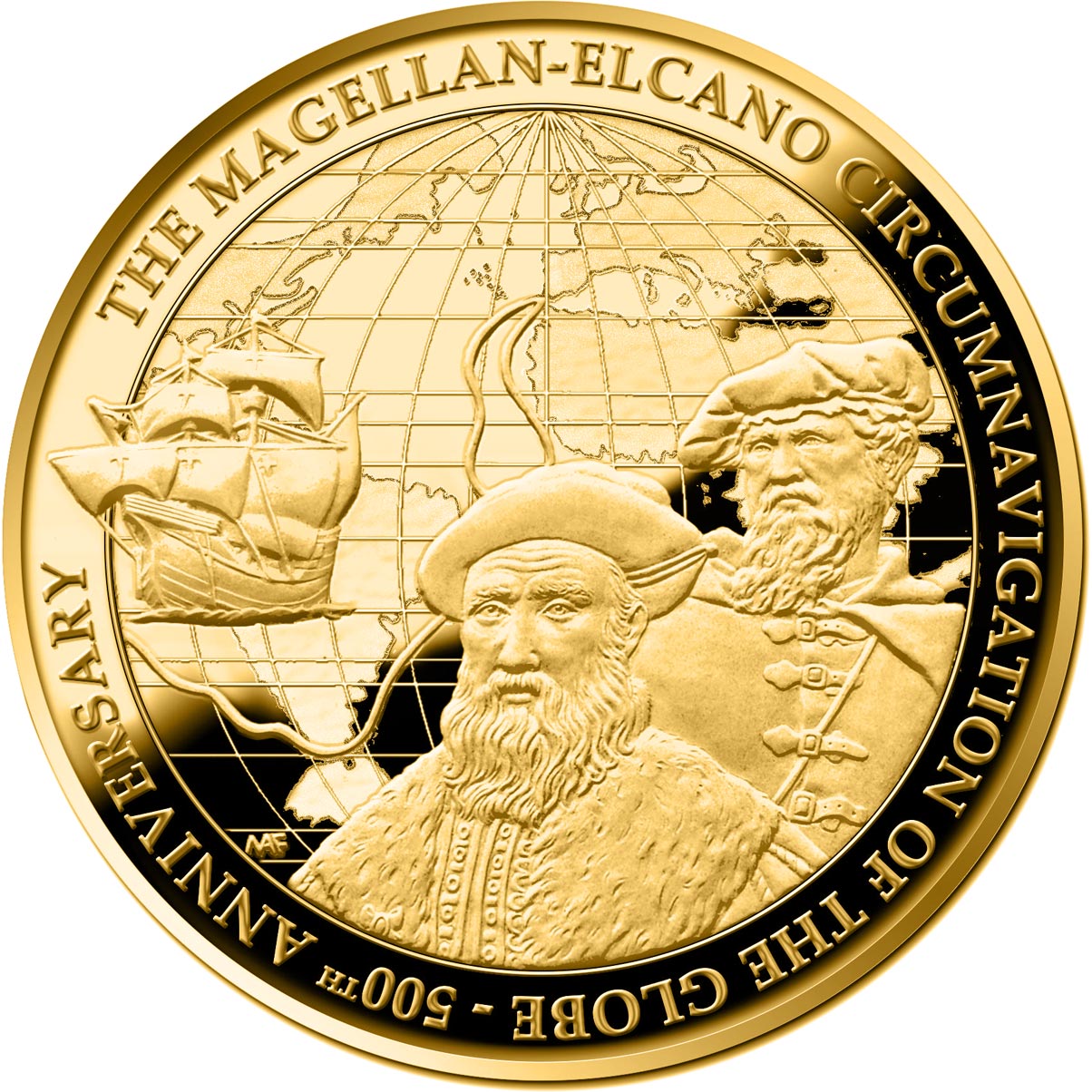 The coins were designed and engraved by Marianna Frisone and minted at the Royal Dutch Mint. The obverse of the coins features the coat of arms of Malta. The reverse shows the globe, Portuguese navigator Ferdinand Magellan and Spanish navigator Juan Sebastian del Cano, and a representation of one of the carracks that arrived at Sanlúcar de Barrameda in Spain. The first circumnavigation of the globe was led by Portuguese navigator Ferdinand Magellan, who was charged with finding a Spanish route to the Moluccas. He was killed on Mactan Island in 1521, but the expedition returned to Spain under the command of Juan Sebastián del Cano. The €50 gold coins are limited to just 400 pieces, and each is struck in 0.916 gold, weighs 6.5g and has a diameter of 21mm.