After Victory in Europe (VE) Day, attention turned to the Far East where Japan still had to be defeated. The choice for the Allies was a grave one: launch a seaborne invasion at huge human cost or use the atomic capability now at their disposal. First Hiroshima and then Nagasaki were razed to the ground, forcing Japan to surrender. A war that had raged for six years, claimed millions of lives and brought suffering to entire populations was finally at an end. Prime Minister Clement Attlee announced the news at midnight on 14 August, declaring a two-day public holiday beginning with Victory over Japan (VJ) Day. Up and down the country bonfires were lit and street parties were held as people joined together in celebration; the process of reconciliation and rebuilding could finally begin. Seventy-five years on we recall one of the most important moments in history with a commemorative £5 coin. Available as a limited-edition gold Proof, silver Proof and silver Proof Piedfort edition, alongside a Brilliant Uncirculated edition, designers Matt Dent and Christian Davies capture the magnitude of events with a design inspired by stone inscriptions on war memorials. The typographic intersection of the words ‘war’ and ‘peace’ captures the sense of the conflict abating and the dawn of a new era. 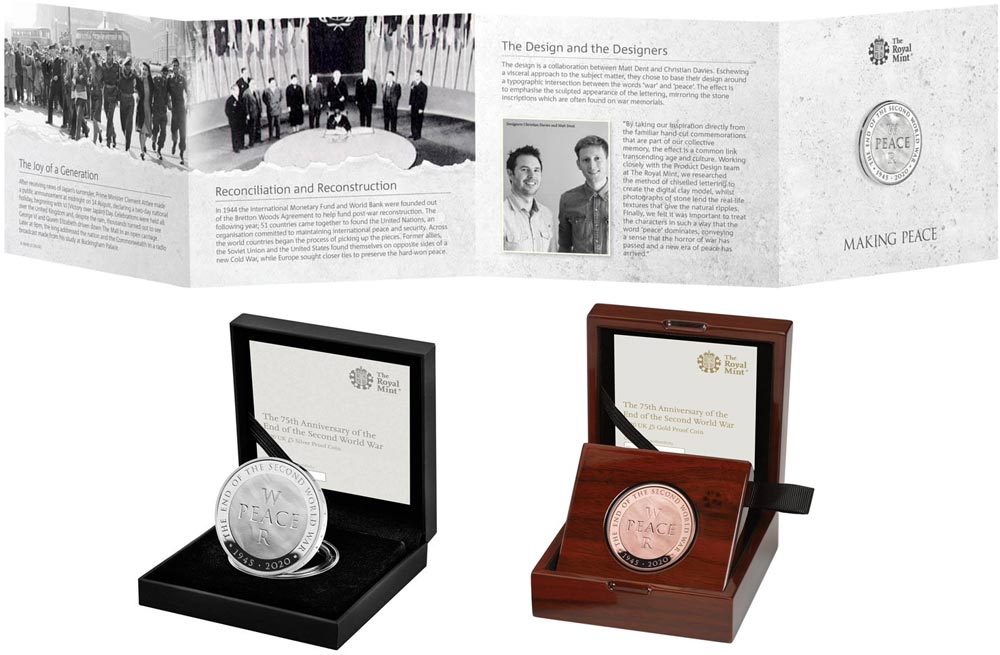