Continuing our releases recognising British achievements and notable milestones, The Royal Mint is proud to celebrate the historic 150th anniversary of the British Red Cross with the very first UK coin dedicated to this national institution. Honouring the 150-year legacy of this remarkable charity, this commemorative coin features bespoke artwork by Henry Gray. The coin bears the words ‘The Power of Kindness’ in prominent positioning beneath the design, illustrating the organisation’s ethos of selflessness, compassion and goodwill. Reinforcing this positive message, the edge inscription also bears a current motto of the Red Cross and Red Crescent Movement, ‘PER HUMANITATEM AD PACEM’, which translates to ‘THROUGH HUMANITY TO PEACE’. Best of all, The Royal Mint will pay a small percentage of the proceeds from the sale of this line of coins to Britcross Limited, a subsidiary of the British Red Cross Society which makes an annual donation to the charity. Celebrate the extraordinary efforts of this organisation on its special anniversary with this wonderful commemorative £5 coin from The Royal Mint. 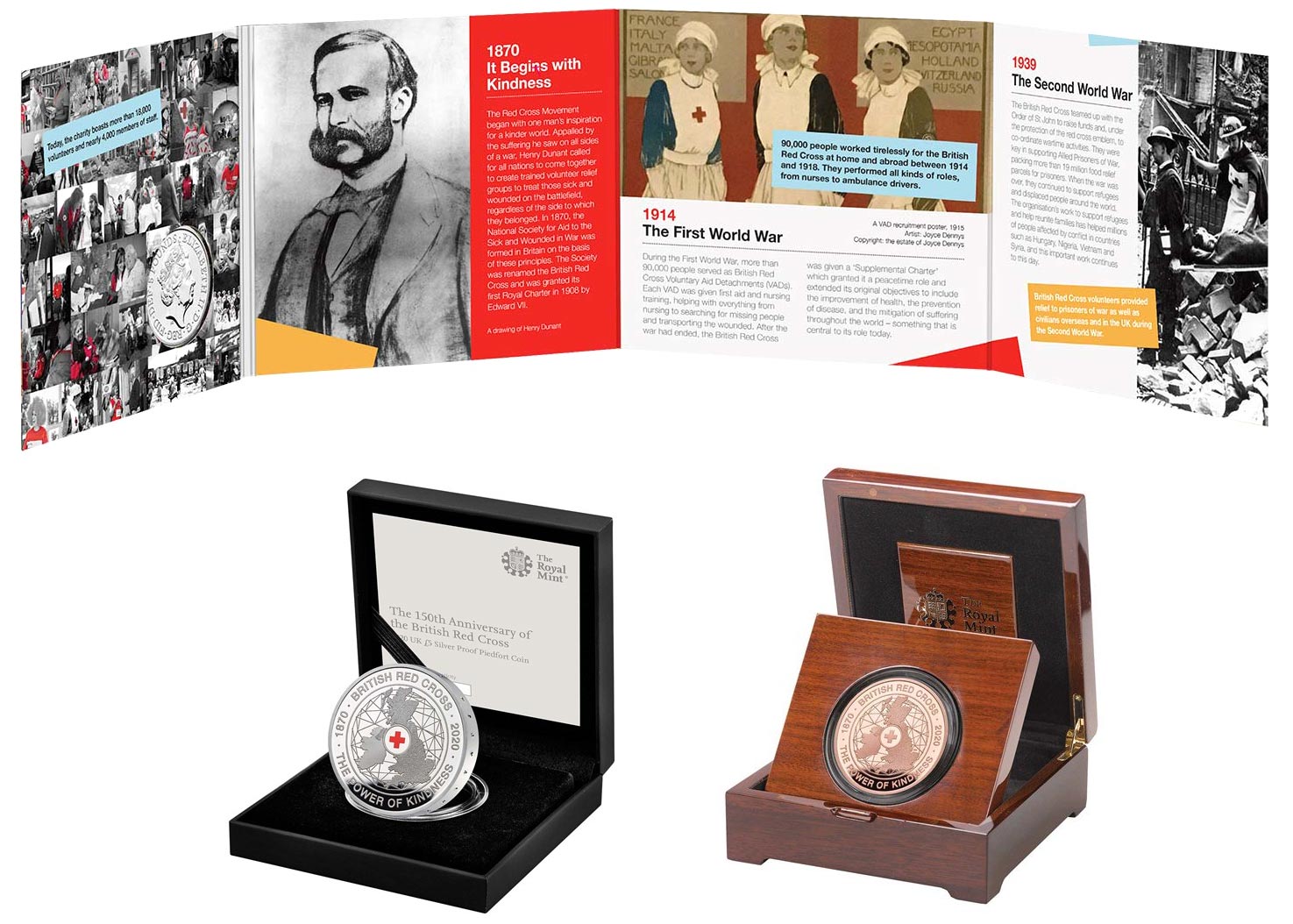