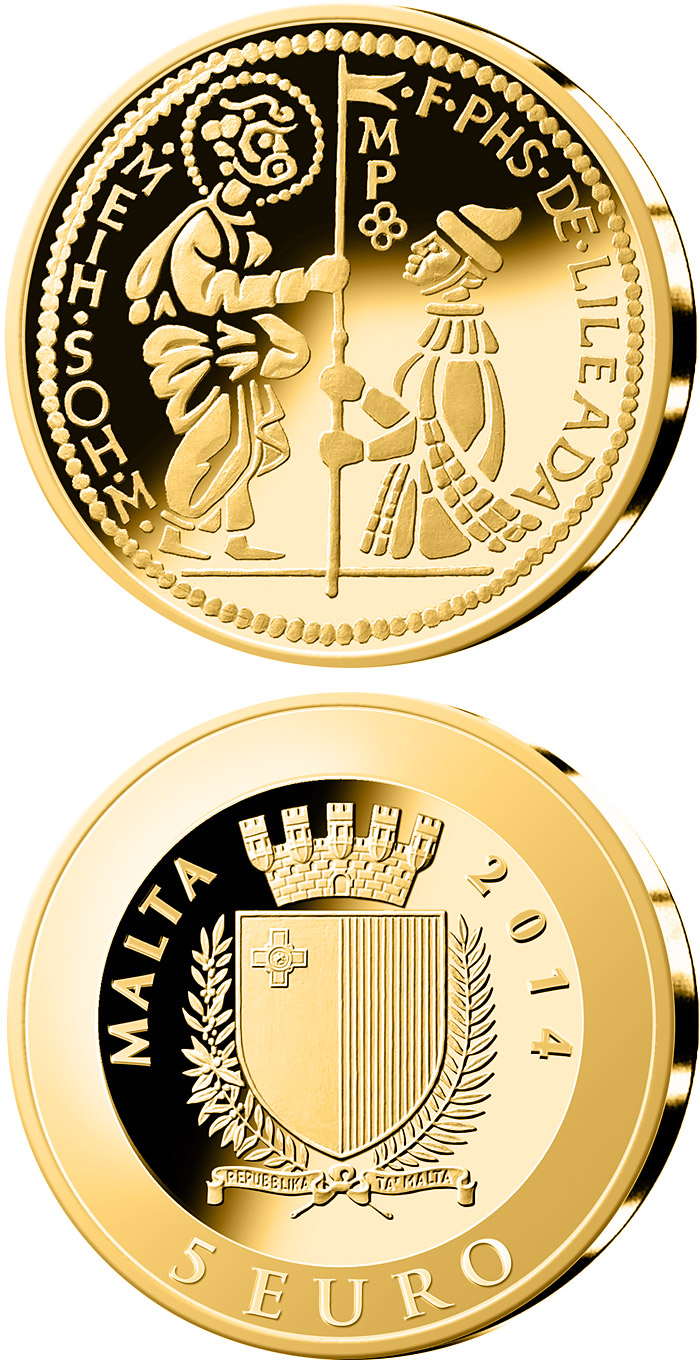 On 25 March 2014 the Central Bank of Malta will issue a gold coin depicting the zecchino. The coin has a face value of €5. The zecchino was a gold coin first minted in Venice in 1284 and derived its name from the Venetian mint which was known as the ‘zecca’. The coin, which weighed 3.5 grams, was of almost pure gold content. For more than 500 years the design of the coin remained unchanged. It was therefore considered a stable currency and was widely accepted as a means of payment. Consequently, many countries, especially those in the Mediterranean, adopted and issued gold coins similar to the Venetian zecchino. The coin was introduced and minted in Malta by the Order of St John. It normally depicted, on one side an image of St John, the patron saint of the Order, handing a banner to the kneeling Grand Master; on the other side it depicted the figure of Christ holding the Gospel. The Bank’s gold numismatic coin was designed and engraved by Noel Galea Bason and is of proof quality. The obverse shows the emblem of Malta and the year of issue, 2014. The reverse depicts a zecchino issued by Phillippe Villiers de l’Isle Adam, the first Grand Master to rule over Malta.