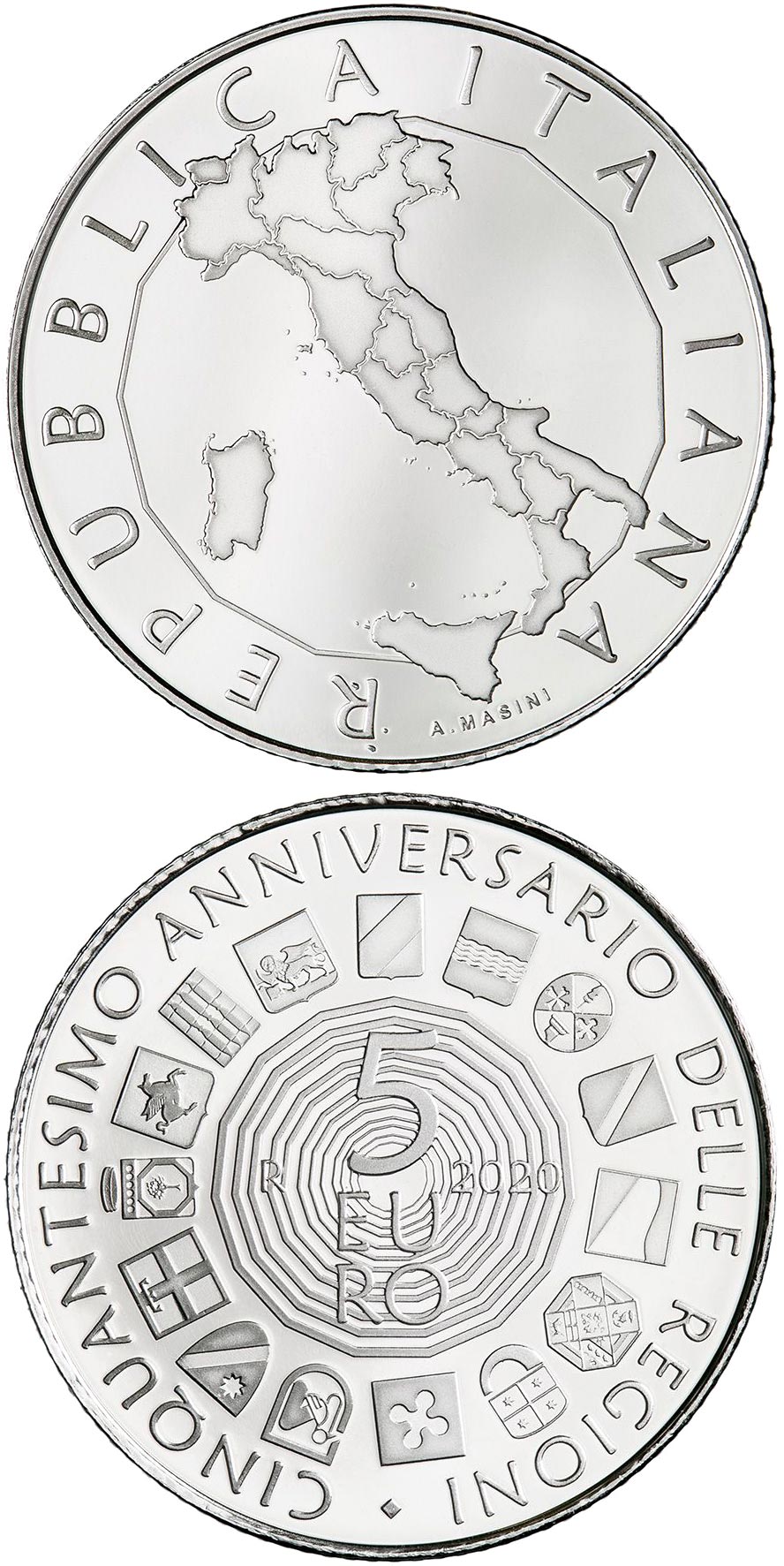 Obverse In the center, in the foreground of a fifteen-sided polygon, the Italian peninsula with the Regions. Around, “REPUBBLICA ITALIANA"; below, the name of the designer "A. MASINI ". Reverse In a circle, composition of the coats of arms of the fifteen Regions with ordinary statute. In the center, on a series of concentric fifteen-sided polygons, stands the value "5 EURO", on the left, “R” identifying the Mint of Rome and, on the right "2020 ", by the year of issue; around, the inscription "CINQUANTESIMO ANNIVERSARIO DELLE REGIONI".