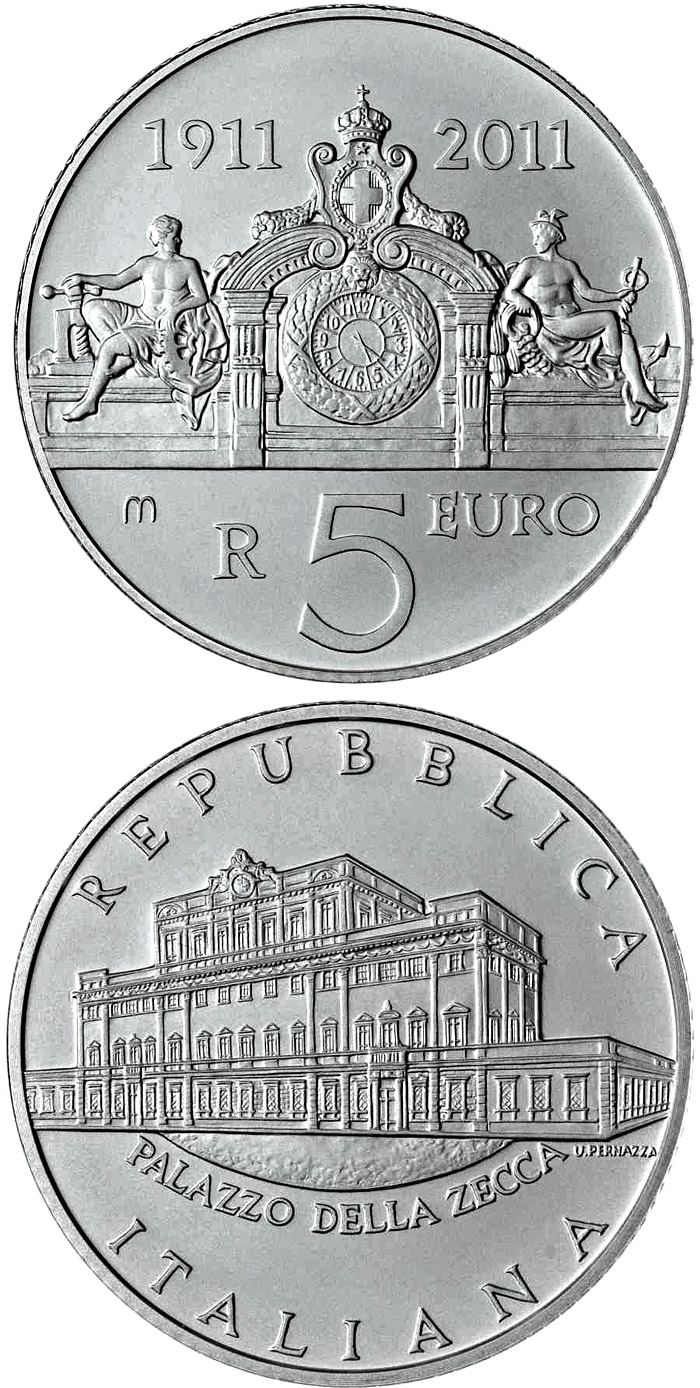 The last issue of the coin collection 2011 is a 5 euro silver SU coin dedicated to the Mint Palace. It is a beautiful example of early 20th century architecture and it was inaugurated in 1911 in Rome by King Victor Emmanuel III, the king “numismatist”, in order to house the minting plant, the Museum and the School of the Art of Medal-making, which can boast of being the only school of its kind in the world. Over the last hundred years the Italian Mint has been producing the coins of the Kingdom, the lira of the Italian Republic and the present European currency, thus accompanying step by step the history of our Country