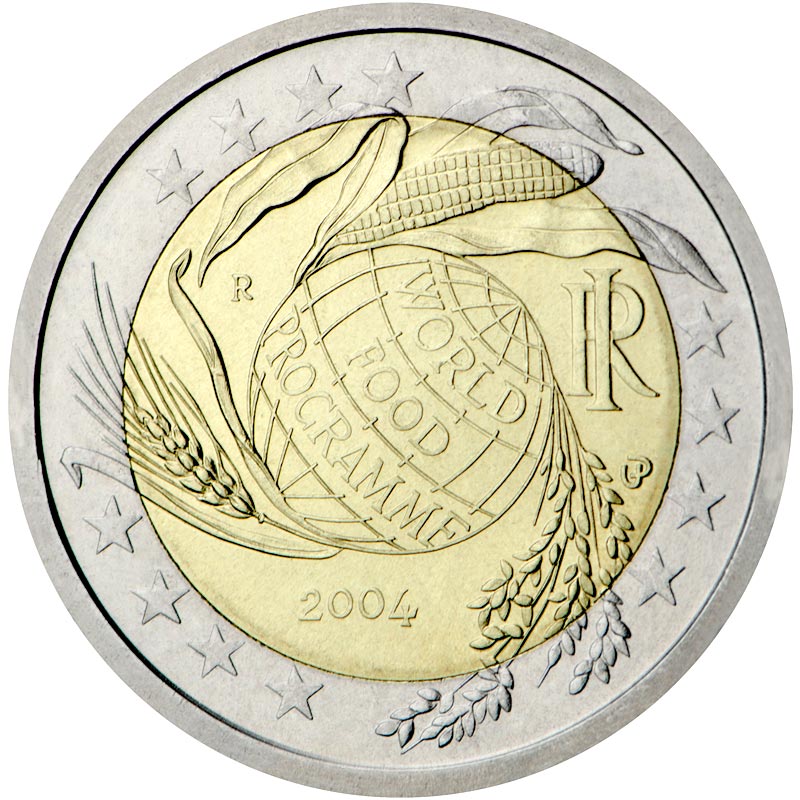 In the centre is the globe, tilted to the right and bearing the inscription ‘WORLD FOOD PROGRAMME’. An ear of wheat, an ear of maize and an ear of rice, the three grains representing the world's basic sources of nourishment, emerge from behind the globe. To the right of the globe is an ‘I’ superimposed on an ‘R’, denoting ‘Repubblica Italiana’, below which there appears a smaller combination of the letters U and P, the initials of the engraver, Uliana Pernazza. To the upper left of the globe is the mint mark ‘R’ and under the globe is the year – ‘2004’. The 12 stars of the European Union are positioned around the outer circle.