2 euro - 150th Anniversary of the Birth of Maria Montessori 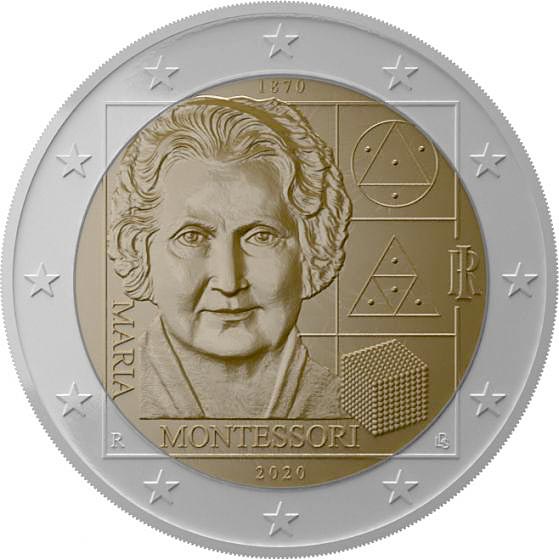 Maria Tecla Artemisia Montessori (August 31, 1870 – May 6, 1952) was an Italian physician and educator best known for the philosophy of education that bears her name, and her writing on scientific pedagogy. At an early age, Montessori broke gender barriers and expectations when she enrolled in classes at an all-boys technical school, with hopes of becoming an engineer. She soon had a change of heart and began medical school at the Sapienza University of Rome, where she graduated – with honors – in 1896. Her educational method is still in use today in many public and private schools throughout the world.