2 euro - 60th Anniversary of the Universal Declaration of Human Rights 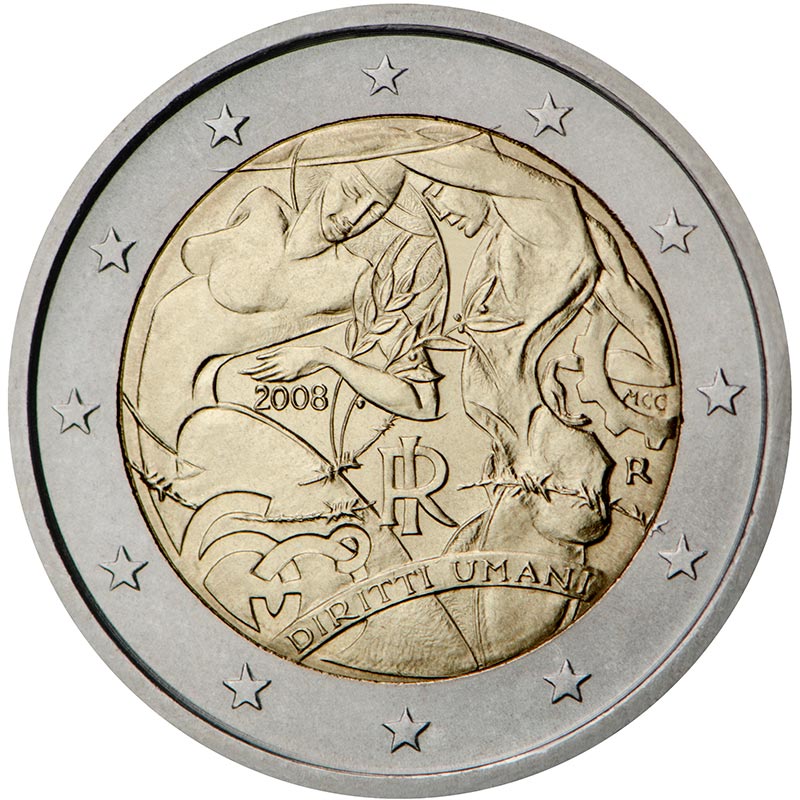 The coin depicts a man and a woman with an olive branch, an ear of corn, a cogwheel and some barbed wire – symbols of the right to peace, food, work and freedom respectively. The monogram of the Italian Republic ‘RI’ is placed between the two figures, as is the year of issue ‘2008’. At the bottom of the image are the links of a chain forming the number ‘60’ and the inscription ‘DIRITTI UMANI’ (human rights). The initials ‘MCC’ of the artist Maria Carmela Colaneri and the mint mark ‘R’ are shown on the right. The outer ring of the coin depicts the 12 stars of the European Union.