2 euro - 1st Anniversary of the Signing of the European Constitution 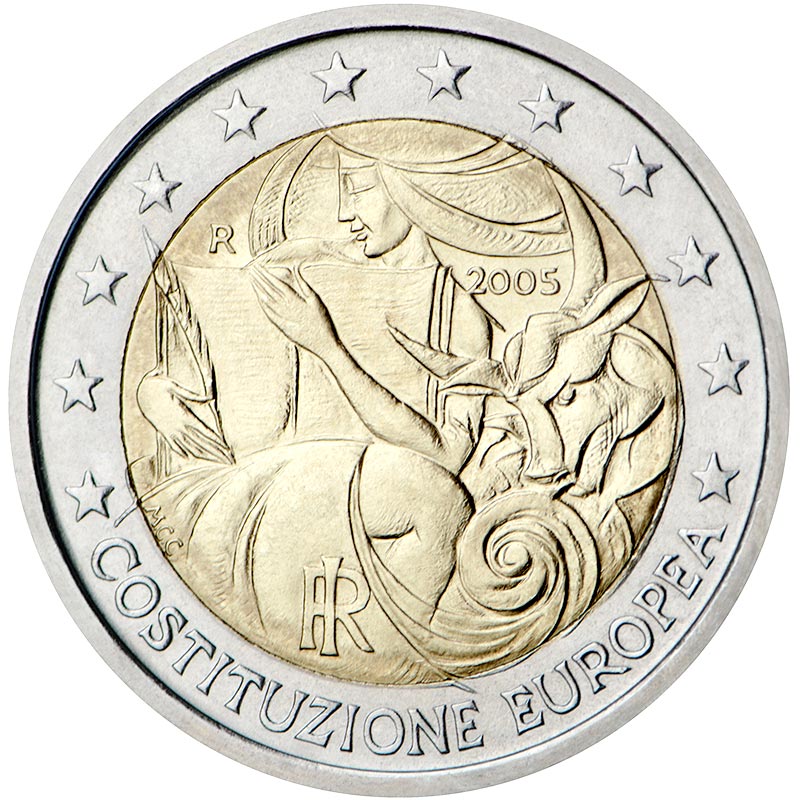 The centre of the coin features Europa and the bull, with Europa holding a pen and the text of the European Constitution. To the upper left of the image is the mintmark ‘R’. The initials of engraver Maria Carmela Colaneri, ‘MCC’, appear on the lower left edge of the coin’s central part. The year of mintage is shown in the top right of the image above the head of the bull. Positioned just off-centre at the bottom of the image is the monogram of the Italian Republic, ‘RI’. The words ‘COSTITUZIONE EUROPEA’ form a semicircle along the outer ring of the coin beneath the central image, while twelve stars are depicted on the remainder of the outer ring.