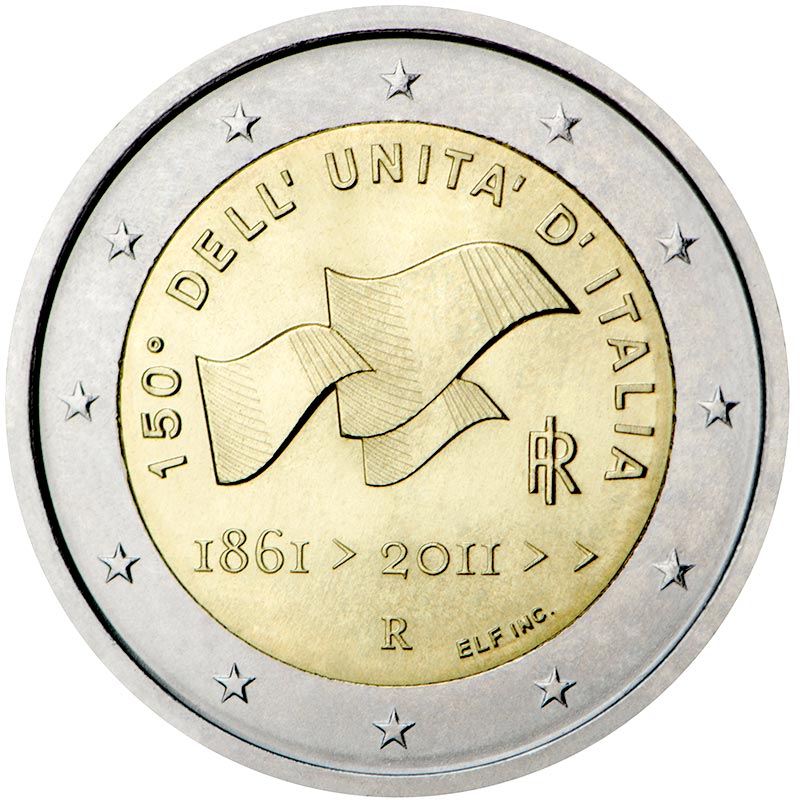 The inner part of the coin shows, in the centre, three Italian flags fluttering in the wind, to mark three past periods of 50 years each – the periods ending in 1911, 1961 and 2011 respectively – in illustration of a perfect link between generations: this is the logo of the 150th anniversary of the unification of Italy. Written in a semi-circle along the upper outer edge around the three flags is the inscription "150° DELL’ UNITÁ D’ITALIA" (150th anniversary of the unification of Italy), with the letters "RI" superimposed on one another off-centre to the right in indication of the issuing country, the Republic of Italy. Beneath the three flags stand the dates "1861 › 2011 › ›". Centred below the dates is the mintmark "R", with the letters "ELF INC.", the initials of the artist Ettore Lorenzo Frapiccini and the first three letters of the Italian name of his profession (incisore) along the bottom edge to the right. The 12 stars of the European Union are depicted on the coin’s outer ring.
DecoWoodo Challenge Coin Display Holder 5 Rows Stand Rack You can display 45-50 coins depending on your coin sizes, a great way to display your collections. shop now