2 euro - 100th Anniversary of the Death of Giovanni Pascoli 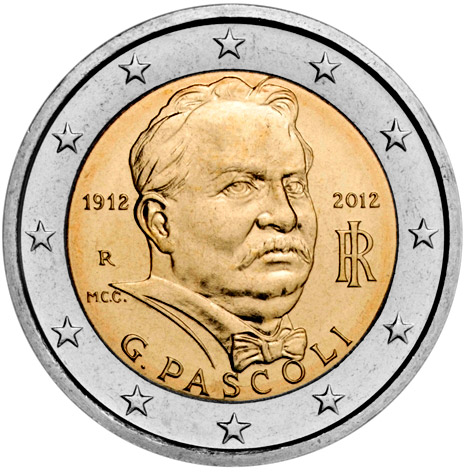 In the foreground a portrait of the poet from Romagna, Giovanni Pascoli, a representative figure of the Italian literature of the late 19th century. On the right the year of issue “2012” and the monogram of the Italian Republic “RI”; on the left the year of the death “1912”; the mintmark “R” and the initials of the author Maria Carmela Colaneri ”MCC”, arch-shaped inscription “G. PASCOLI”. Around, on the outer ring, the twelve stars of the European Union.