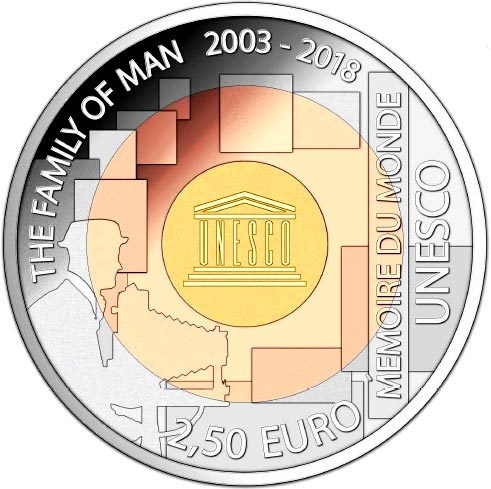 The Family of Man was an ambitious photography exhibition curated by Edward Steichen, the director of the Museum of Modern Art's (MoMA) Department of Photography. It was first shown in 1955 from January 24 to May 8 at the New York MoMA, then toured the world for eight years, making stops in thirty-seven countries on six continents as part of the Museum's International Program. More than 9 million people viewed the exhibit.
According to Steichen, the exhibition represented the "culmination of his career."
The physical collection is archived and displayed[3] at Clervaux Castle in Luxembourg (Edward Steichen's home country; he was born there in 1879 in Bivange). It was first presented there in 1994 after restoration of the prints.
In 2003 the Family of Man photographic collection was added to UNESCO's Memory of the World Register in recognition of its historical value. Source:wiki