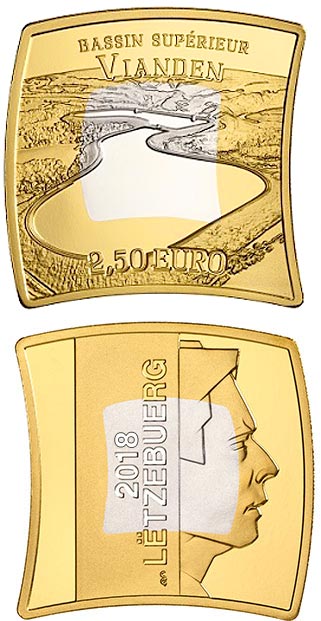 The Vianden Pumped Storage Plant is located just north of Vianden in Diekirch District, Luxembourg. The power plant uses the pumped-storage hydroelectric method to generate electricity and serves as a peaking power plant. Its lower reservoir is located on the Our River, bordering Germany, and the upper is elevated above on the nearby Saint Nicholas Mountain. Construction on the plant began in 1959 and the first pump-generators were commissioned in 1962. A tenth pump-generator was installed in 1976 bringing the plant's installed generating capacity to 1,096 megawatts (1,470,000 hp). The plant generates an average of 1,650 gigawatt-hours (5,900 TJ) annually and is owned by Société Electrique de l'Our and RWE. Construction on an eleventh pump-generator began in 2010 and it is expected to be commissioned in 2013, which will bring the plant's installed capacity to 1,296 megawatts (1,738,000 hp). Source: Wiki