10 euro - 50th Anniversary of the Armed Forces of Malta 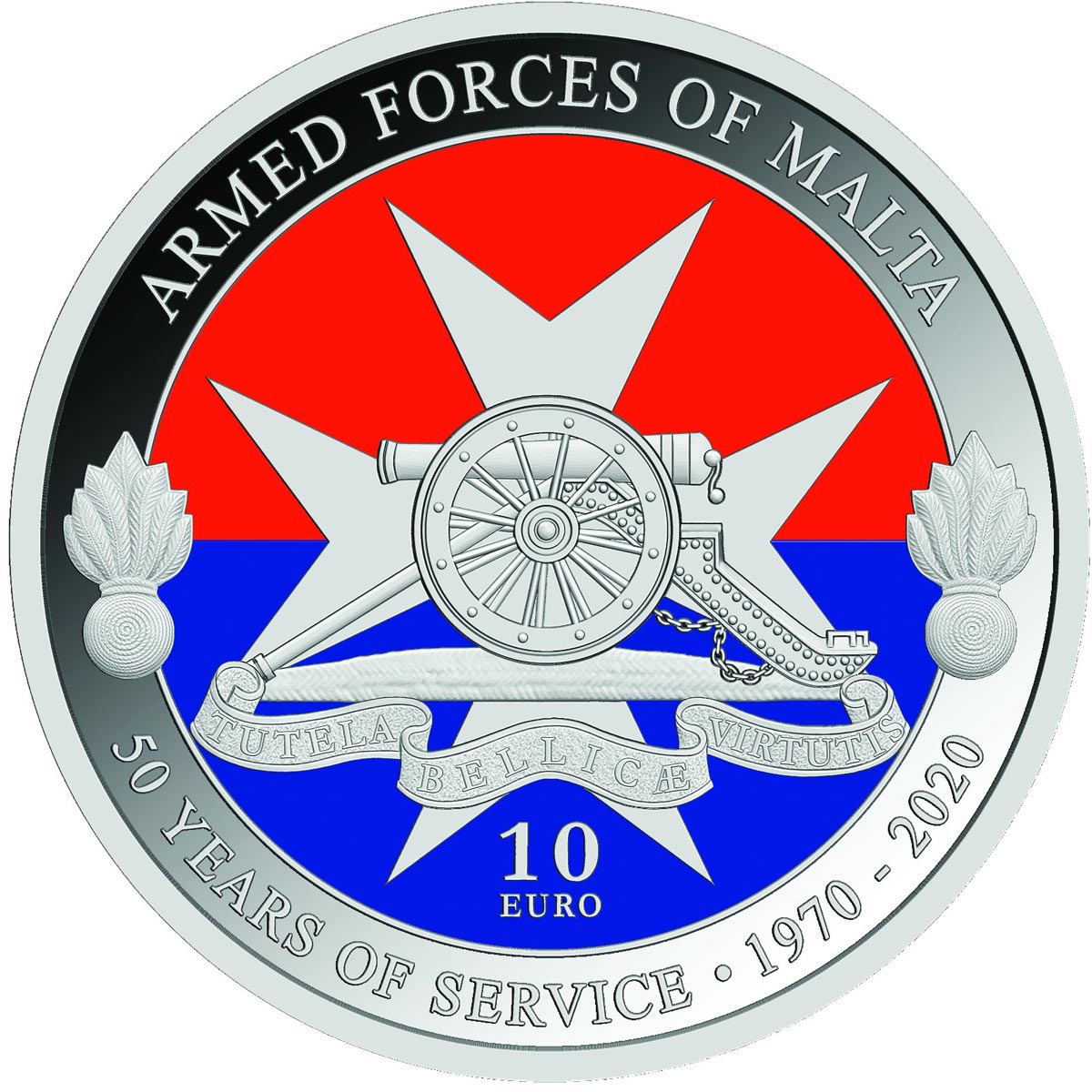 The Malta Armed Forces Act, which came into force on 22 September 1970, made provision “for the raising and maintenance of armed forces in Malta and to provide for matters connected therewith or ancillary thereto”. With this instrument, Malta could set up its own standing armed forces. On 1 October 1970, 500 Maltese officers and men of the Royal Malta Artillery, an old and distinguished regiment, ceased forming part of the British Army and became part of the Malta Land Force, which some time later was designated as the Armed Forces of Malta. On the reverse, the coins feature the regimental badge of the Armed Forces of Malta on a red-on-blue coloured background. On the obverse is the coat of arms of the Republic of Malta together with the year of issue.