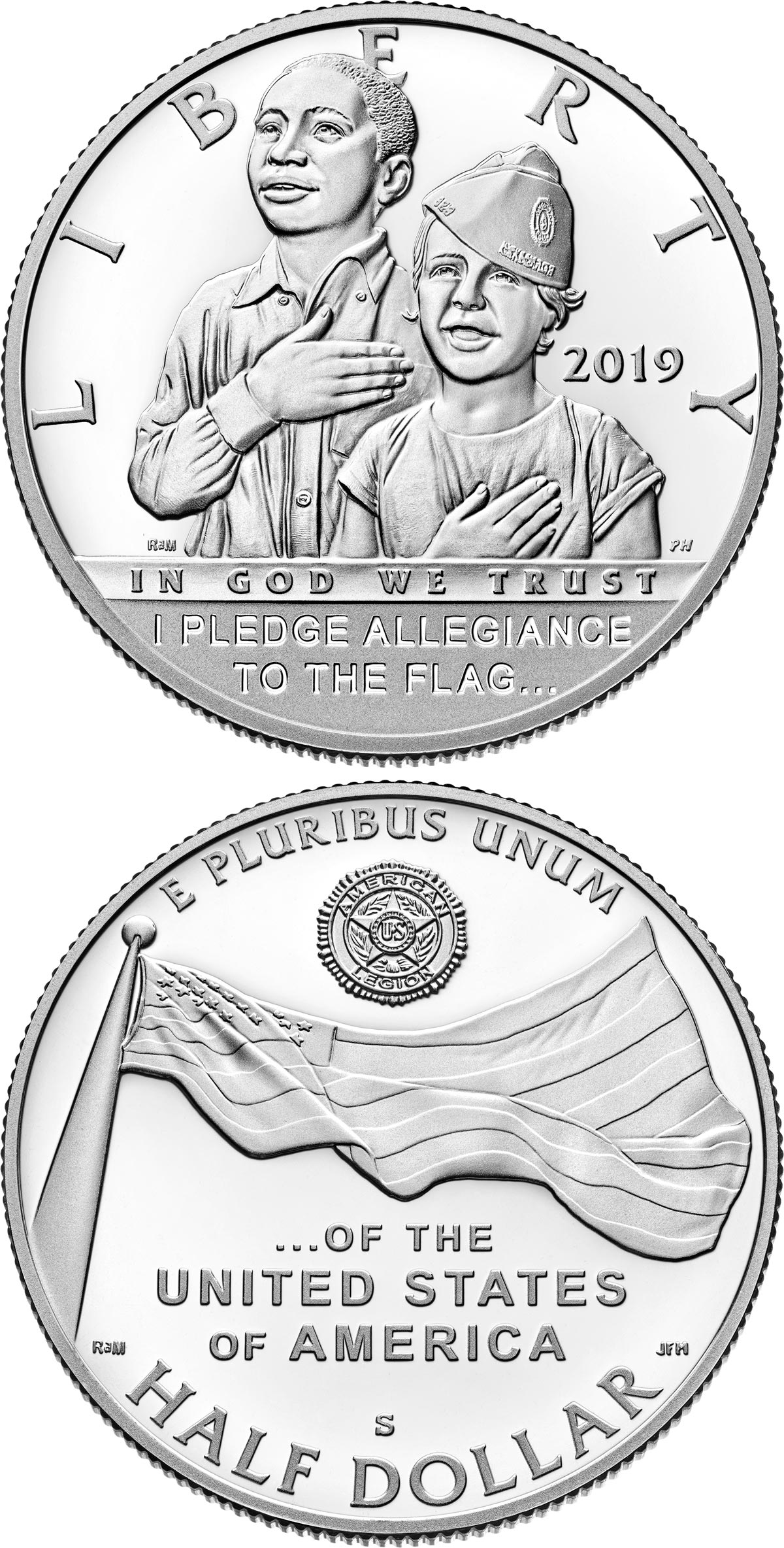 The obverse (heads) design depicts two children standing and reciting the Pledge of Allegiance, the little girl proudly wearing her grandfather’s old American Legion hat. The reverse (tails) design completes the phrase from the obverse “I pledge allegiance to the flag… of the United States of America.” The design depicts an American Flag waving atop a high flagpole as seen from the children’s point-of-view from the ground below. The American Legion’s emblem is featured just above the flag.