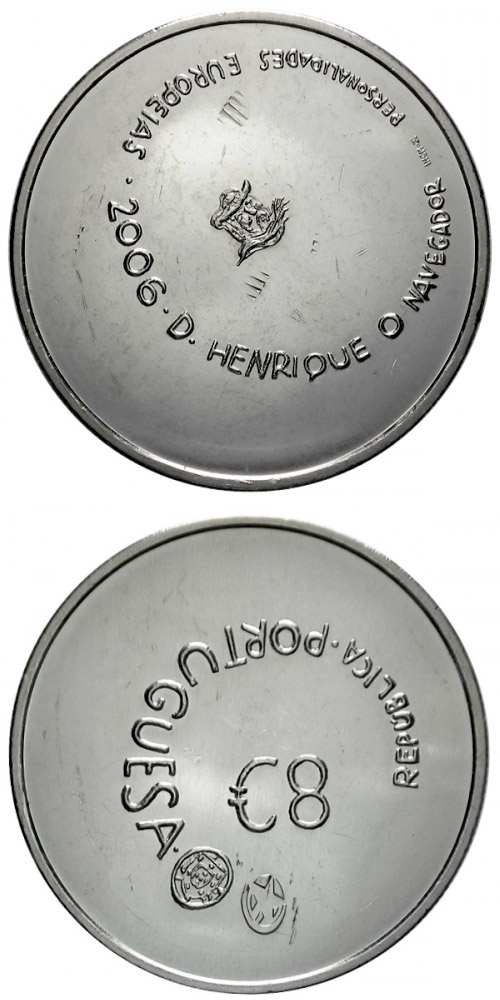 Prince Henry (1394-1460), son of King João I and Queen Consort Phillipa of Lancaster, was one of the main people behind the Portuguese Voyages of Discovery, one of the most important events in the history of the Portuguese in the world. Under Prince Henry, Portugal began its overseas expansion with the conquest of Ceuta. The Price was only 21 years old, but his military merit earned him the title of knight. With the encouragement of Prince Henry, Portugal rounded Cape Bojador in Western Africa (1434), thus breaking through the imaginary impenetrable barrier to the "Plan of Indies"... In the year in which the European Series is dedicated to the theme of "Personalities", the Portuguese Mint and Official Printing Office is participating in the project with a coin dedicated to Henry the Navigator, designed by sculptor João Cutileiro.