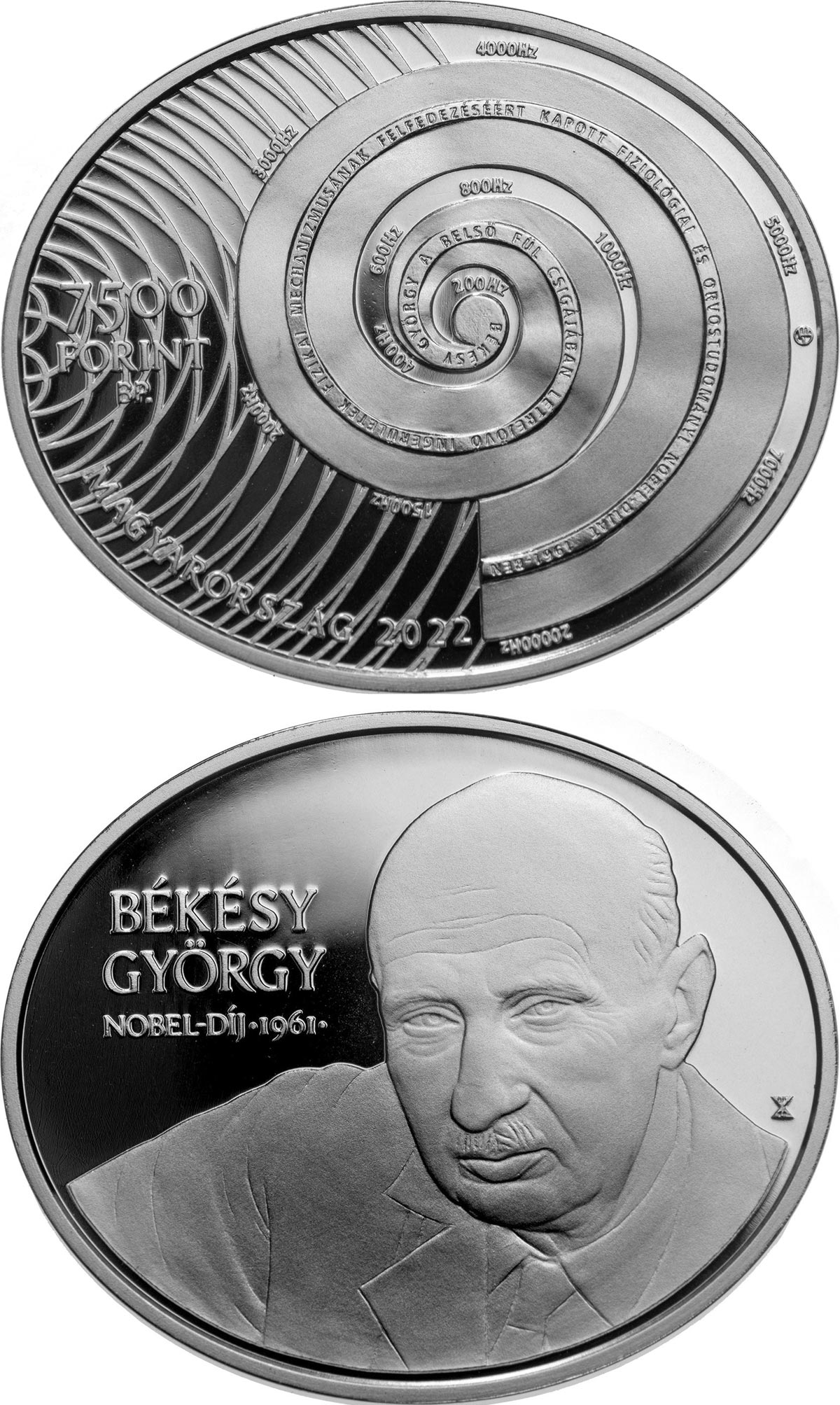 The Magyar Nemzeti Bank will issue silver coins of 7,500 forints and the non-ferrous metal version thereof with a face value of 2,000 forints on the biophysicist’s birthday. The special oval-shaped collector coins will augment the series presenting Hungarian Nobel prize winners. With this coin, the Bank aims to pay homage to his work and the scientist himself who died half a century ago. In 1961, Georg von Békésy received the Nobel Prize in Physiology or Medicine for his discoveries of the physical mechanism of stimulation within the cochlea. The obverse was designed by applied artist Zoltán Endrődy while the reverse by sculptor Zoltán Kovács. Biophysicist Georg von Békésy (1899 – 1972) lived in the United States and received the Nobel Prize in Physiology or Medicine in 1961 for his research in the operation of the human auditory organ and his discoveries related to the physical mechanisms of the stimulation of the inner ear, the cochlea. Georg von Békésy died as a Hungarian citizen in Honolulu in 1972. Békésy’s research results have a long-lasting effect, even today. He was the first to establish that waves are created in the ear passing through the organ, and he also measured the travelling speed of the waves. During his studies, Békésy found that the basilar membrane in the cochlea of the inner ear passes vibrations on as a flexible surface in the same manner as the eardrum surrounding the middle ear. As a result, the pitch of the sound cannot be perceived on the basis of echoes off the basilar membrane. He demonstrated that non-linear waves pass through the cochlea, reaching its maximum in different parts of the duct of some 30 mm in length depending on the frequency of the sound wave. Additionally, he also showed that the resulting sound wave only serves as the source in the operation of the nerve cells transmitting sound sensation for which the energy is provided by electrochemical sources in the cochlea. Based on his research, the method of hearing was revealed. The nowadays used devices to examine hearing operate on the basis of the operating principle of the audiometer developed by him. The Magyar Nemzeti Bank will issue a silver collector coin with a face value of 7,500 forints named Békésy György and its non-ferrous metal version of 2,000 forints to mark the 50th anniversary of the scientist’s death. The special, oval-shaped collector coins are added as the sixth piece in the series presenting Hungarian Nobel Prize winners launched in 2012 after the Albert Szent-Györgyi, the Jenő Wigner, the Róbert Bárány, the Richárd Zsigmondy and György Hevesy coins. The primary role of the coins to honour Georg von Békésy, is to raise awareness and educate with no role in cash circulation. The silver and non-ferrous metal coins have the same design, the only difference being their denominations.