Rabí or Rábí is ruined castle in Southwestern Bohemia (Plzeň Region), on a prominent hill by the central course of the River Otava, in the foothills of Šumava region, 130 kilometres (81 mi) from Prague, Czech Republic. It is the largest castle (in terms of area) from all Czech castles. Its name might derive from the German word raben ("raven"), or it could be mangled Czech name vrab(č)í vrch ("sparrow's peak"). The Rabí Castle was proclaimed as National Cultural Monument in 1978. The first mention of Rábí Castle dates from 1380, although it is not known exactly when it was founded. It is likely that the Lords of Velhartice established it after 1300 to protect trade routes along the Otava and also to inspect gold-bearing deposits in it. They built a strong palace, ramparts and a keep. Subsequent owners, the Švihovský of Rýzmburk family, continued building work and built the outer ward and two square towers.
Source: Wiki 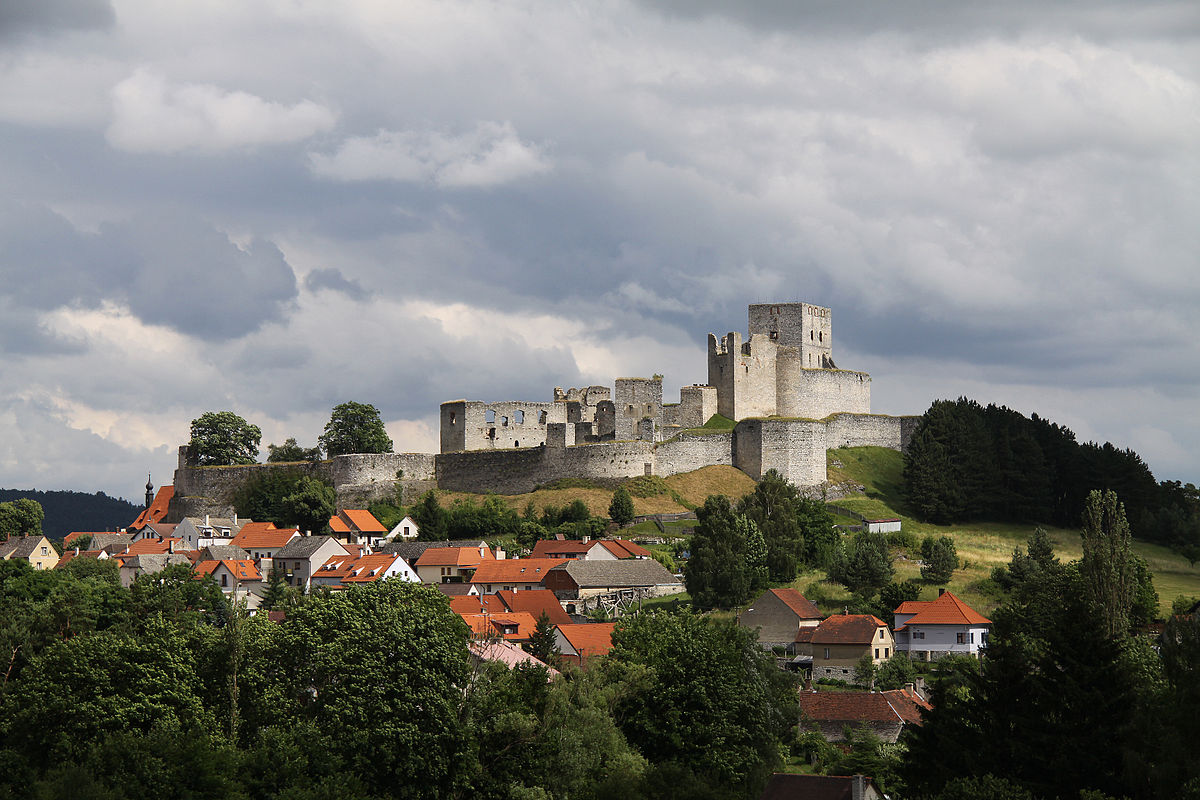