5,000 forint - 550th Anniversary of the Victory at Nándorfehérvár (Belgrade) 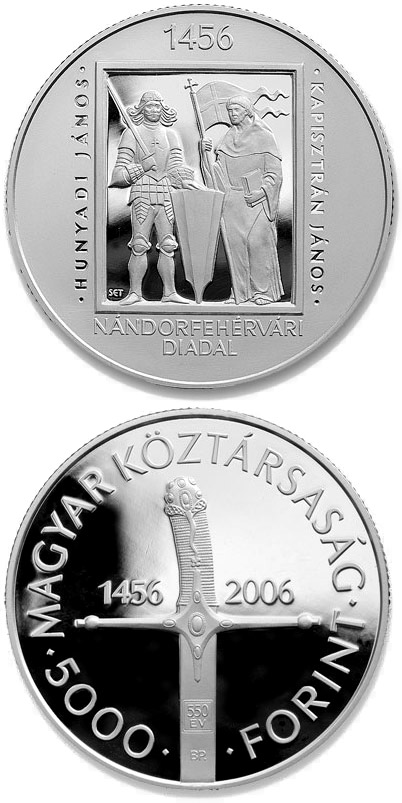 Upon the 550th anniversary of the victory at Nándorfehérvár, on 20 July 2006, the Magyar Nemzeti Bank issued a silver collector coin at a nominal value of 5,000 forints. The obverse of the collector coin depicts the ornamental hilt of a sabre. The reverse of the coin portrays the full figure of John Hunyadi and John Kapisztrán in a rectangular frame. The coin was designed by the sculptor Tamás E. Soltra. The coin was minted of .925 fine silver, weighing 31.46 grams, with a diameter of 38.61 mm; its edge is milled. 6,000 such commemorative coins may be minted, of these 3,500 coins are minted with the special proof technology.