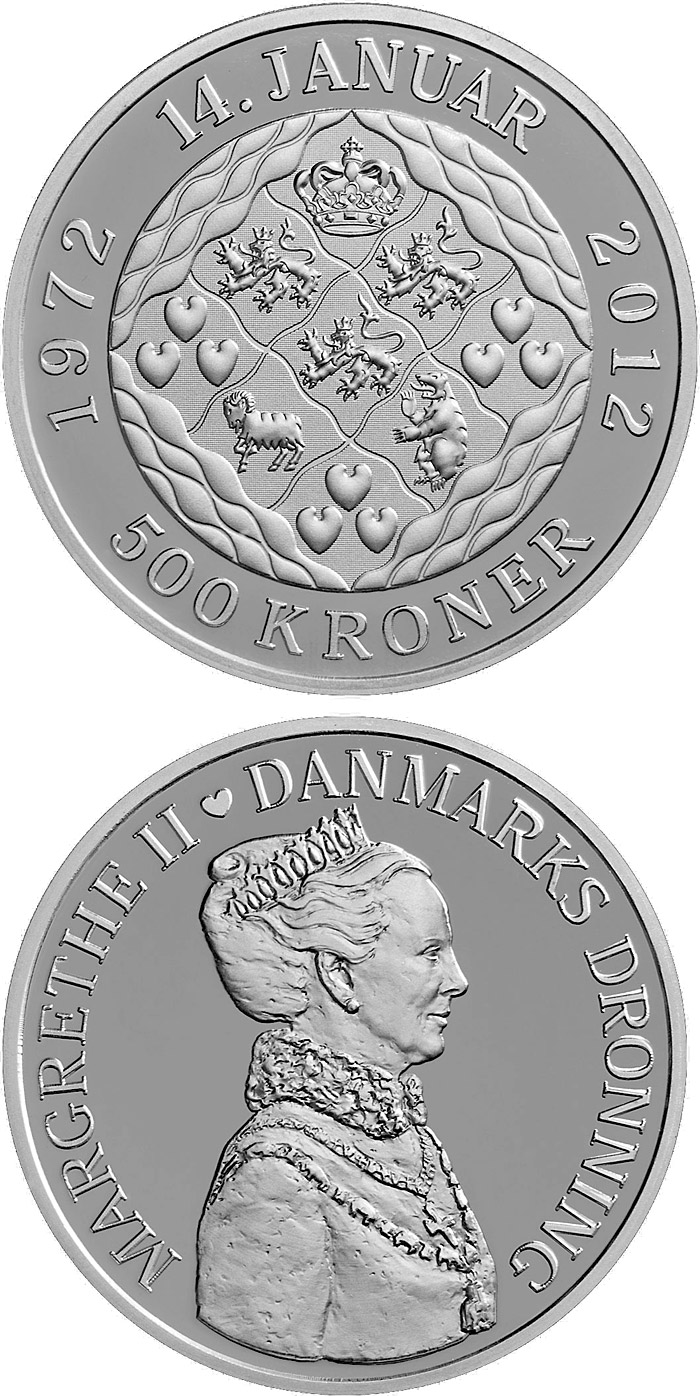 A commemorative coin will be issued 10 January 2012 to mark the 40th jubilee of Queen Margrethe II.

The coin will be minted in three versions: a 3000-krone gold coin, a 500-krone silver coin and a 20-krone circulation coin. The coins will be sold at nominal value.

A new portrait of the Queen

The obverse of the coin shows a relief bust of the Queen in an official role as Sovereign of the two Royal Orders of Chivalry - the Order of the Elephant and the Order of Dannebrog.

The relief bust was designed by the sculptor Karin Lorentzen, who is also the artist behind several other coins, including the coin minted for the wedding of the Crown Prince and Crown Princess in 2004. Karin Lorentzen reflects on her work with the portrait - Read more here.

The reverse - The Queen´s idea

In the preparatory phase, HM The Queen was asked whether she had any special wishes for the reverse motif on the coin.

The Queen did have a very clear wish that the Commonwealth of the Faroe Islands, Greenland and Denmark was to be in focus. She even went as far as to sketch her ideas in this respect.

The heraldist Ronny Andersen, Royal Herald Painter, elaborated on the Queen's draft, ending up with a composition that includes elements from the Royal Coat of Arms, including the Faroese ram and the Greenlandic polar bear. The composition is surrounded by waves to symbolise the sea that links the various parts of the Kingdom. Ronny Andersen reflects on his work with the reverse motif - Read more here.