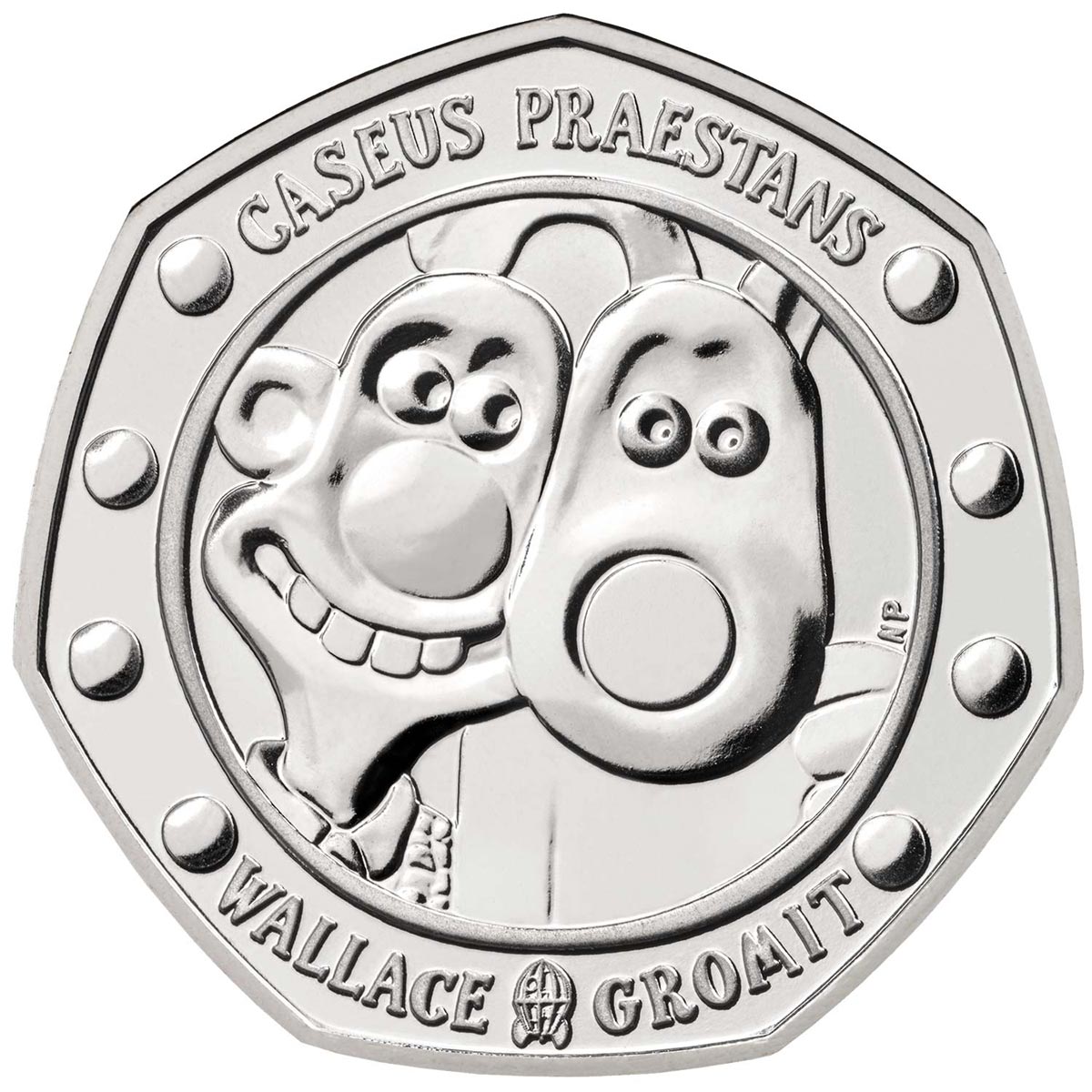 The adventures of Wallace and Gromit started with a trip to eat the moon’s cheese. A Grand Day Out was first shown on 4 November 1989, launching two delightful and distinctively British characters into our lives. The animated short film propelled Wallace and Gromit and their creator Nick Park to stardom. Now, 30 years after they were launched on-screen, Wallace and Gromit land on the surface of a 50p coin. This limited-edition coin brings the two heroes together forever in 22 carat gold and is finished to Proof standard. ‘Cracking cheese’ makes it to the table too, in the form of the Latin inscription ‘CASEUS PRAESTANS’ that appears on the coin’s surface. The booklet you’ll find inside the presentation case tells the fascinating back-story of Wallace and Gromit, Nick Park and Aardman. This gold coin is a wonderful way to celebrate a golden comedic duo.