50 pence - 100th Anniversary of the Representation of the People Act 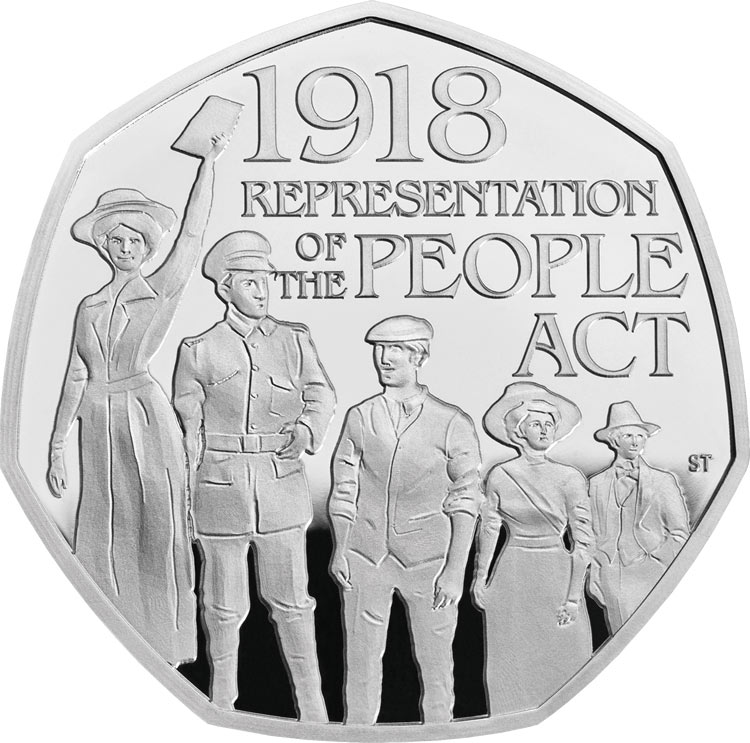 The Representation of the People Act 1832 (known informally as the 1832 Reform Act, Great Reform Act or First Reform Act to distinguish it from subsequent Reform Acts) was an Act of Parliament of the United Kingdom (indexed as 2 & 3 Will. IV c. 45) that introduced wide-ranging changes to the electoral system of England and Wales. According to its preamble, the Act was designed to "take effectual Measures for correcting divers Abuses that have long prevailed in the Choice of Members to serve in the Commons House of Parliament". Before the reform, most members nominally represented boroughs. The number of electors in a borough varied widely, from a dozen or so up to 12,000. Frequently the selection of MPs was effectively controlled by one powerful patron: for example Charles Howard, 11th Duke of Norfolk controlled eleven boroughs. Criteria for qualification for the franchise varied greatly among boroughs, from the requirement to own land, to merely living in a house with a hearth sufficient to boil a pot. Source: Wiki