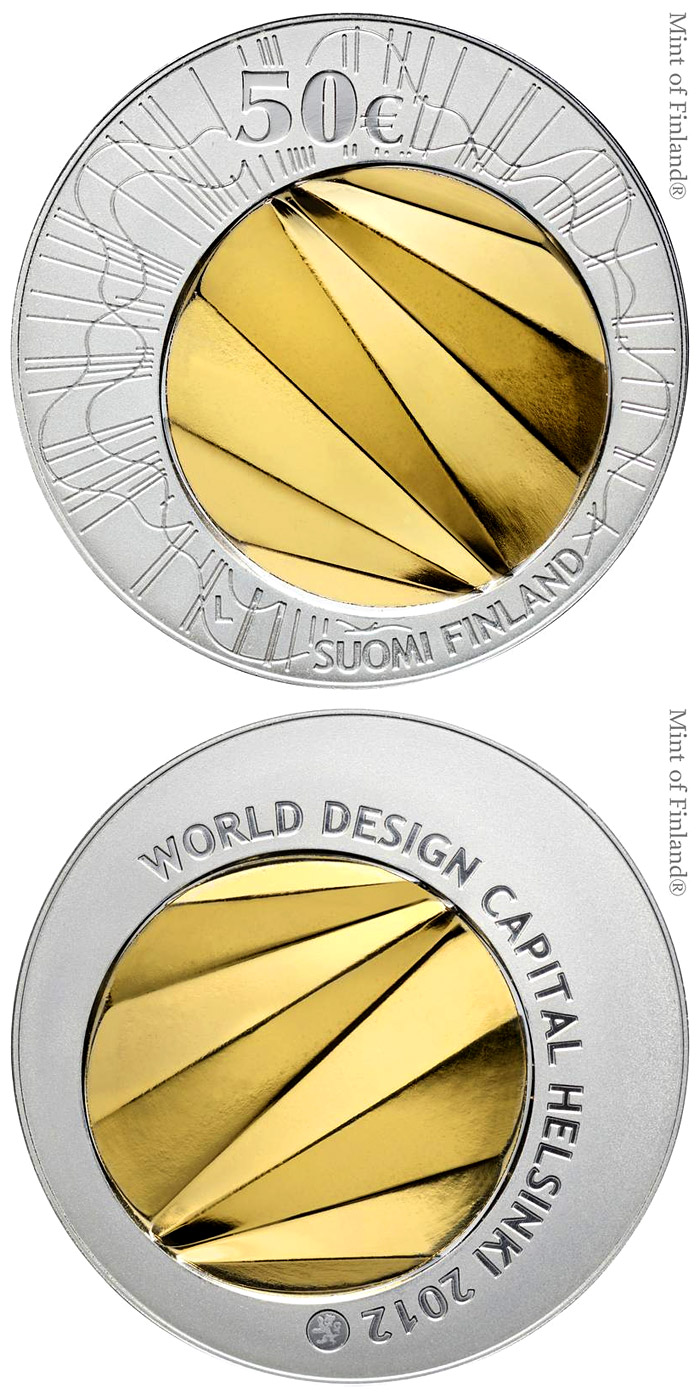 This year, during Helsinki’s tenure as the World Design Capital, international attention will focus on Finnish design. Mint of Finland and the Ministry of Finance are planning to issue a collector coin in honour of the year of design. A piece by designer Henna Lamberg, depicting inspiration ‒ the motivator of all creative work – has been chosen as the coin's theme.

Finnish design is experiencing a boom around the world, and in recognition of this, the International Council of Societies of Industrial Design elected Helsinki as the World Design Capital for 2012. The design coin will allow Finland to have an international souvenir that expresses what our country is like today.

When a product looks and feels good, it is well designed. ‘The design of the coin to be introduced follows Scandinavian principles: it is clear-cut and focused. The collector coin will, however, also be an expression of our times, as its lines and various alternating surfaces make it modern’, says Henna Karjalainen, Communications Director of Mint of Finland.

In search of inspiration

Inspiration is the force behind creativity. The collector coin for the jubilee year has been designed by industrial designer Henna Lamberg, who explains that she did not want to let the audience off easy.

‘The coin will safekeep my inspiration, in the way I experienced it. Inspiration is the moment when I know what I intend to do, and the plans for a design become clear. I hope the coin will inspire ideas and make people think of its story’, says Lamberg.