Monnaie de Paris continues its series on comic strip heroes. After XIII in 2011, it is Largo Winch in the spotlight this year. This famous comic strip character, created by Jean Van Hamme and Philippe Francq, is the adopted secret son of a billionaire. When the latter passes away, Largo Winch finds himself as the head of his father's huge financial empire. The saga describes the numerous adventures of this extraordinary character. The coins in the Largo Winch collection symbolise the two sides of this hero: his power that stems from his rich heritage and his adventure-filled life fraught with enemies. A scene depicting a high-speed chase between the FBI and Largo Winch, which is particularly representative of the saga, features on the obverse. This scene is taken from the album "Black Sea" where the hero is unwittingly involved in a case of arms trafficking and international terrorism. On the reverse, Largo Winch is depicted in his role as a businessman. The skyscraper for his company, Group W - the largest conglomerate of multinationals - rises up in the background. For aficionados of this comic strip there will also be a range of specially created items inspired by this theme. 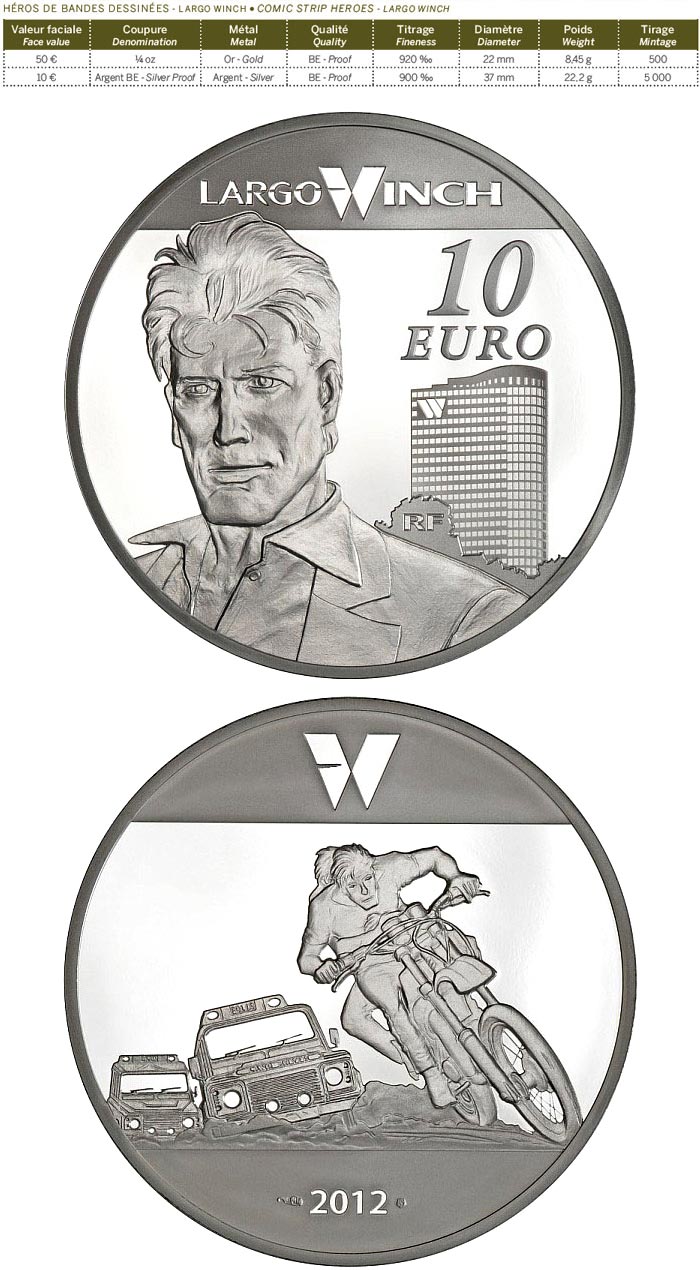