50 euro - The Seine Banks: Orsay - The Louvre and the Pont des Arts

For more than 40 years, the UNESCO (the United Nations Educational, Scientific and Cultural Organization ) lists the sites that are part of the “world heritage cultural property sites”. Since 2007, Monnaie de Paris honours various monuments included in this list in a series of collector coins. From 2014, a new thematic was proposed: the banks of the Seine in Paris. In 2018, Monnaie de Paris celebrates two places in Paris: the Louvre and the Pont des Arts. The inside half of the obverse of the coin hemisphere shows Louvre palace, former royal palace. The Paviillon Richelieu is located between the Colbert wing and the Turgot wing. This leads to the Pavilion of the Library and opens on Rue de Rivoli and Place du Palais-Royal. It is in front of the Pyramid. The roof is adorned with a huge triangular pediment supported by eight caryatids. We also discover the glass pyramid of the Louvre by Sino-American architect Leoh Ming Pei, achieved in 1989. The words «République française» in the middle can be read if the coin is tilted 180°. The Arts Bridge occupies the second half of the room. The reverse, common to the whole series, is divided into two parts: the UNESCO logo and the face value are shown on the left side, and on the right there is an aerial view of the location of the two monuments. The two sides are joined by the course of the Seine across Paris.
10€ AG BE - Mintage: 5.000
50€ AG BE - Mintage: 500
500€ AG BE - Mintage: 500
50€ GOLD PROOF 1/4 OZ - Mintage: 2.000
200€ GOLD PROOF 1 OZ - Mintage: 200 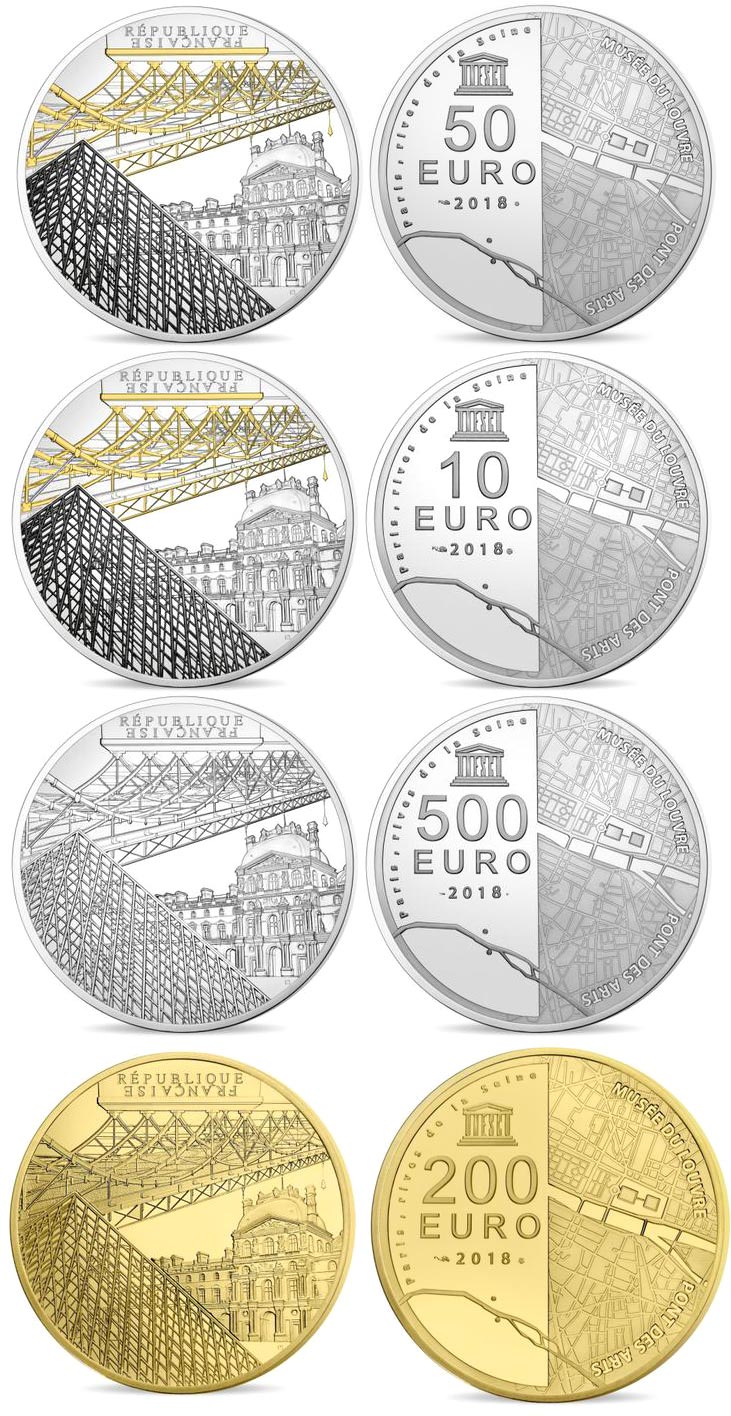