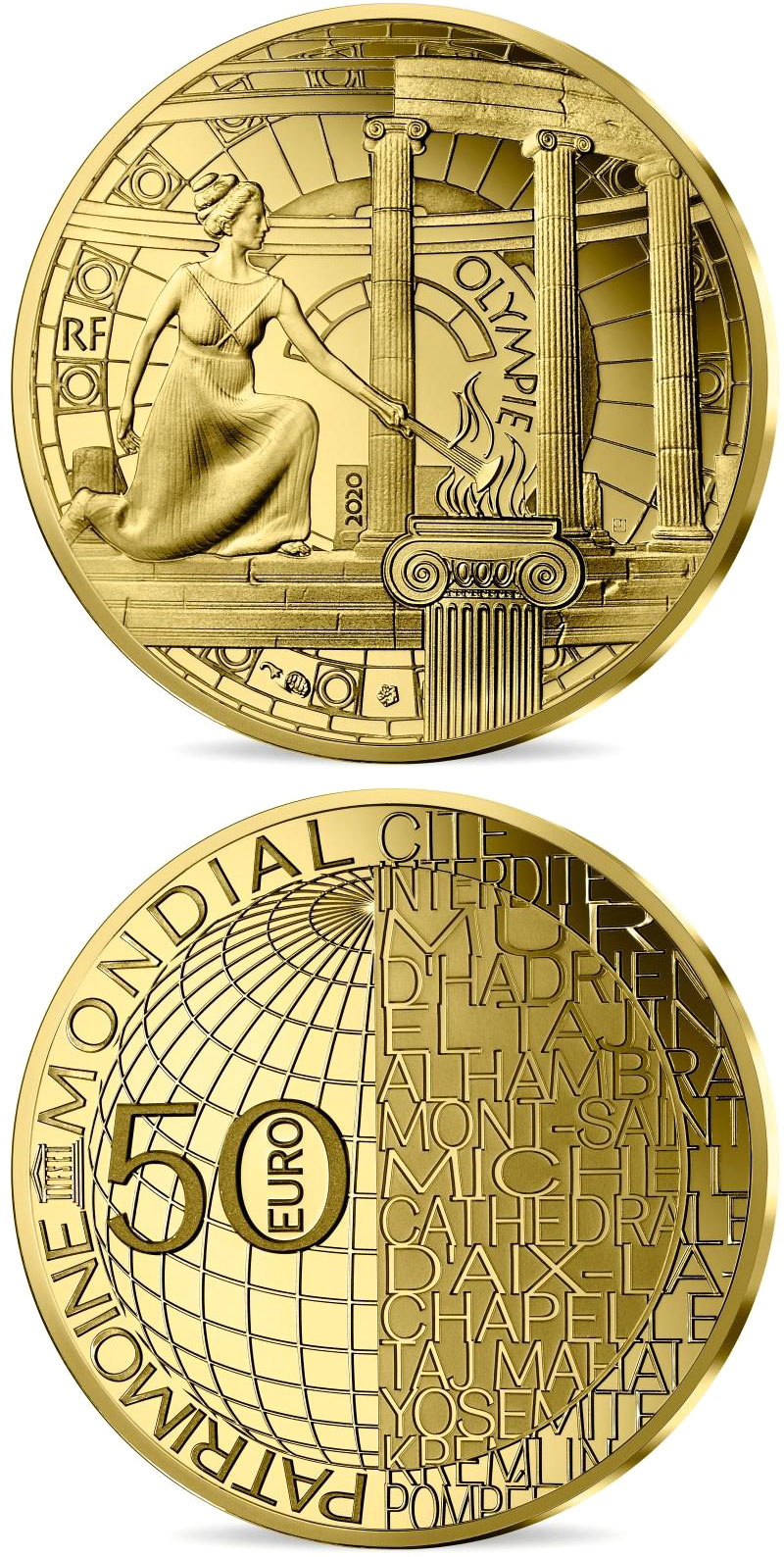 For more than 40 years, the UNESCO (the United Nations Educational, Scientific and Cultural Organization ) lists the sites that are part of the “world heritage cultural property sites”. Since 2007, Monnaie de Paris honours various monuments included in this list in a series of collector coins. From 2019, this thematic is expanding one more time all over the world. The obverse represents the archaeological site of Olympia with its columns made from the remains of ancient monuments. The birthplace of the Olympic Games is translated by the flame that gushes out of the basin. An Olympian goddess tries to light her torch with this Olympic flame. The geometric shapes at the back of the coin evoke the famous Greek amphitheatres and therefore the first Olympic stadiums that hosted the Games in antiquity. 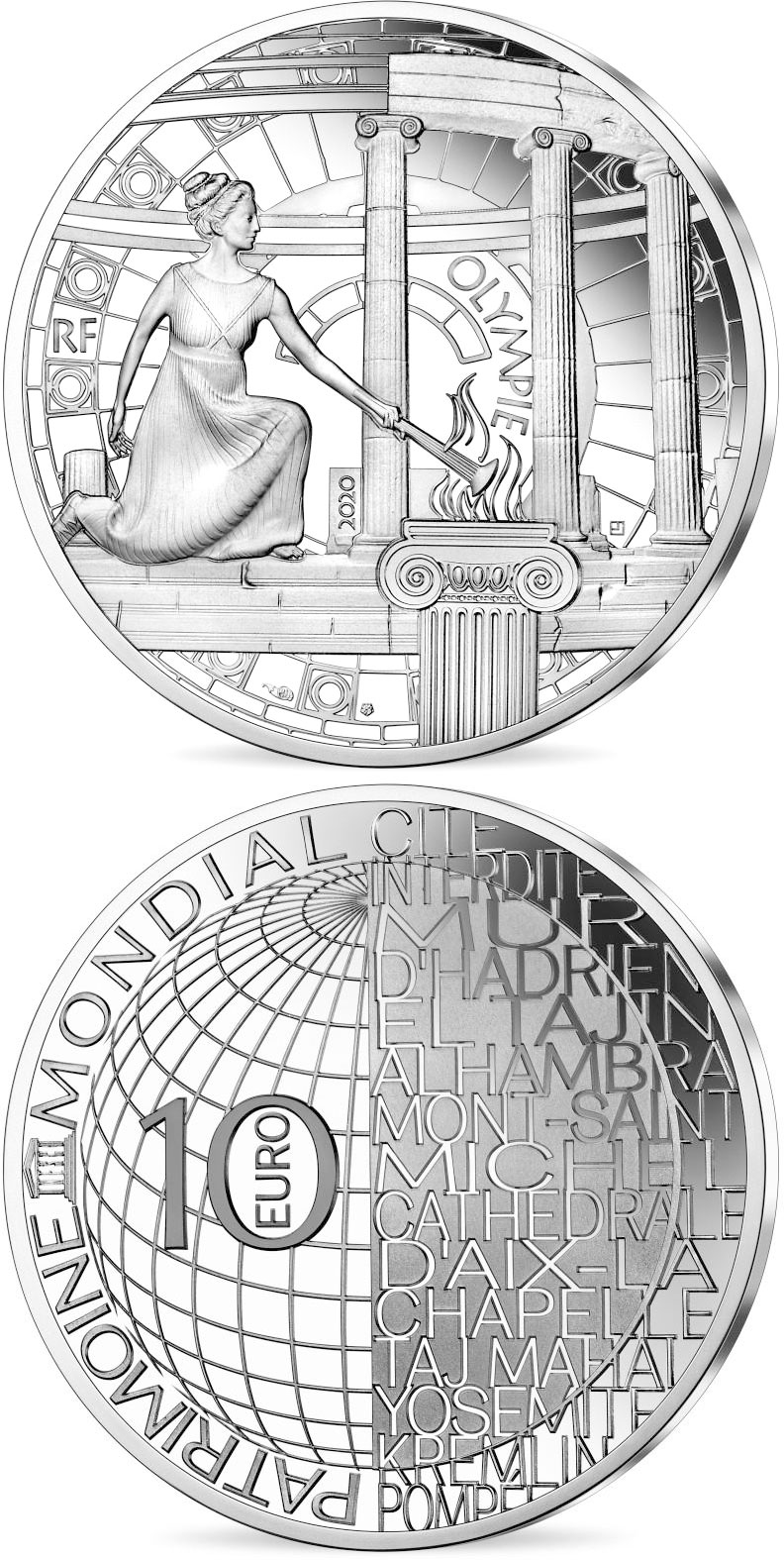