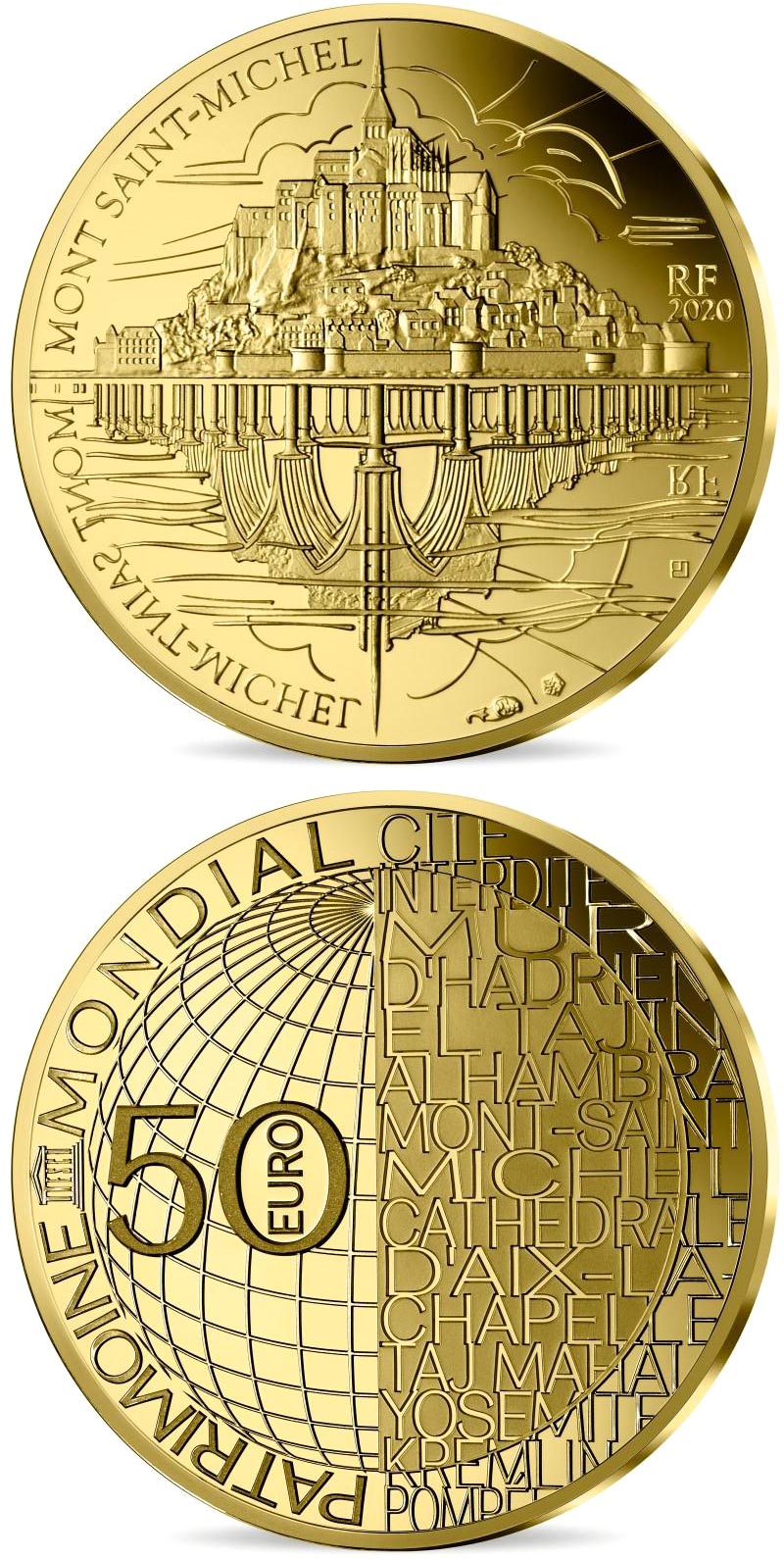 For more than 40 years, the UNESCO (the United Nations Educational, Scientific and Cultural Organization ) lists the sites that are part of the “world heritage cultural property sites”. Since 2007, Monnaie de Paris honours various monuments included in this list in a series of collector coins. From 2020, this thematic is expanding one more time all over the world. The obverse represents a view of Mount Saint-Michel and its bay. As usual, the Mont is dominated by its abbey. The drawing is based on a view of the bay at high tide. The water reflects the different architectural forms characteristic of Mount Saint-Michel, mainly of the cloister. Birds fly over the Mount as small cumulus clouds form. The inscription "Mont Saint Michel" is visible at the top left of the room but it is also reflected in the water on the lower part. The 2020 yeardate and the "RF" are visible on the right of the face, the reflection of the later completes this drawing. The engravings punches are affixed on the lower right-hand side. The reverse is common to all the coins in the UNESCO series for this year 2020. It represents the globe with parallels and meridians on the left and the inscriptions of major sites classified as UNESCO World Heritage Sites on the right. These inscriptions are as if engraved in the stone, which echoes the Rosetta Stone. The left side of the globe is surrounded by the UNESCO logo and the "World Heritage" marking. The face value is inscribed on the left side of the globe, matching perfectly with parallels and meridians. 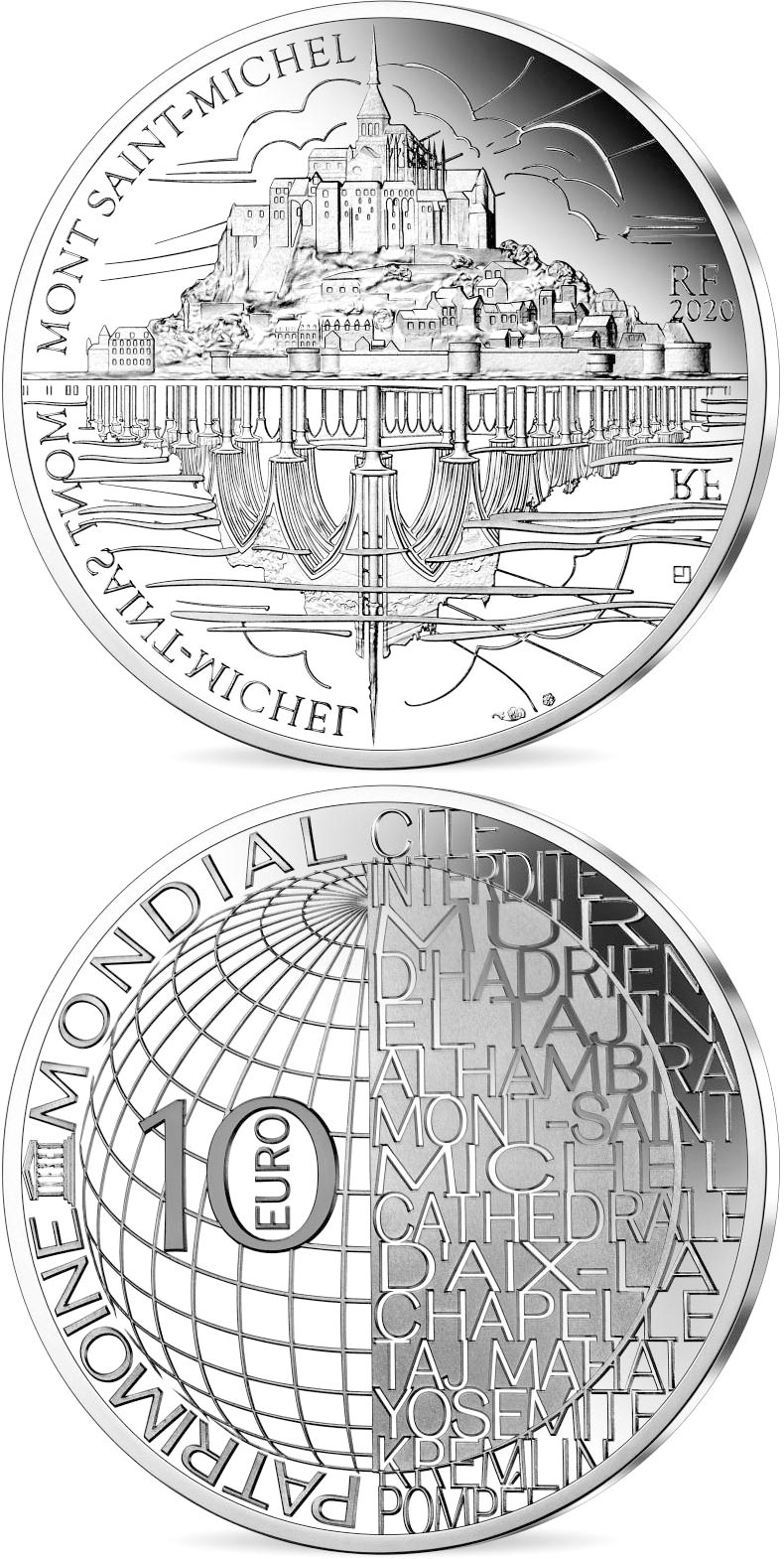