Monnaie de Paris pays tribute to the major masterpieces of French museums. The obverse shows the famous masterpiece of Leonardo da Vinci. The portrait of Monna Lisa in close-up, in the middle of the coin. In the background, we can see the portrait’s frame with the name of the masterpiece, “La Joconde”, and the name of the artist, “Leonard de Vinci”. At the top on the left, “500 ans” evokes the passing away anniversary of Leonardo da Vinci in 2019. The stamp “Chefs d’oeuvre des Musées” has been added on the right side. The reverse is common to the series. It depicts several views of many major French museums. An interior view of the Musée d’Orsay, on the top left, is recognizable by its distinctive clock. Beside that is a view of the façade of the Louvre as seen from the Napoleon courtyard where the pyramid is located. Below these two elements, a fresco shows the Hôtel Salé, which houses the Picasso Museum. The lower portion of the reverse side features a view of the façade of Hôtel Biron, the current Rodin Museum, and above, the famous Centre Pompidou stairway. The face value and the words “République Française” are also inscribed on the reverse side.
20 euro silver coin 37 mm 3000 pcs
200 euro gold coin 37 mm 500 pcs
500 euro gold coin 50 mm 50 pcs 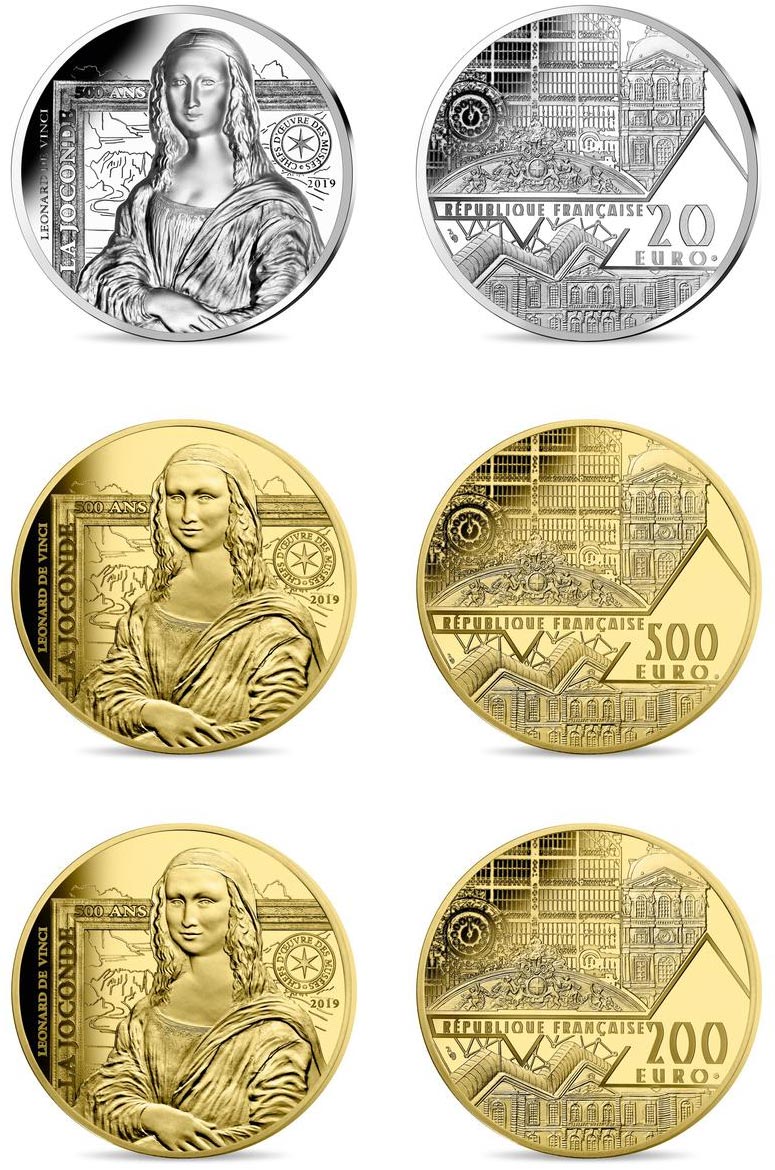