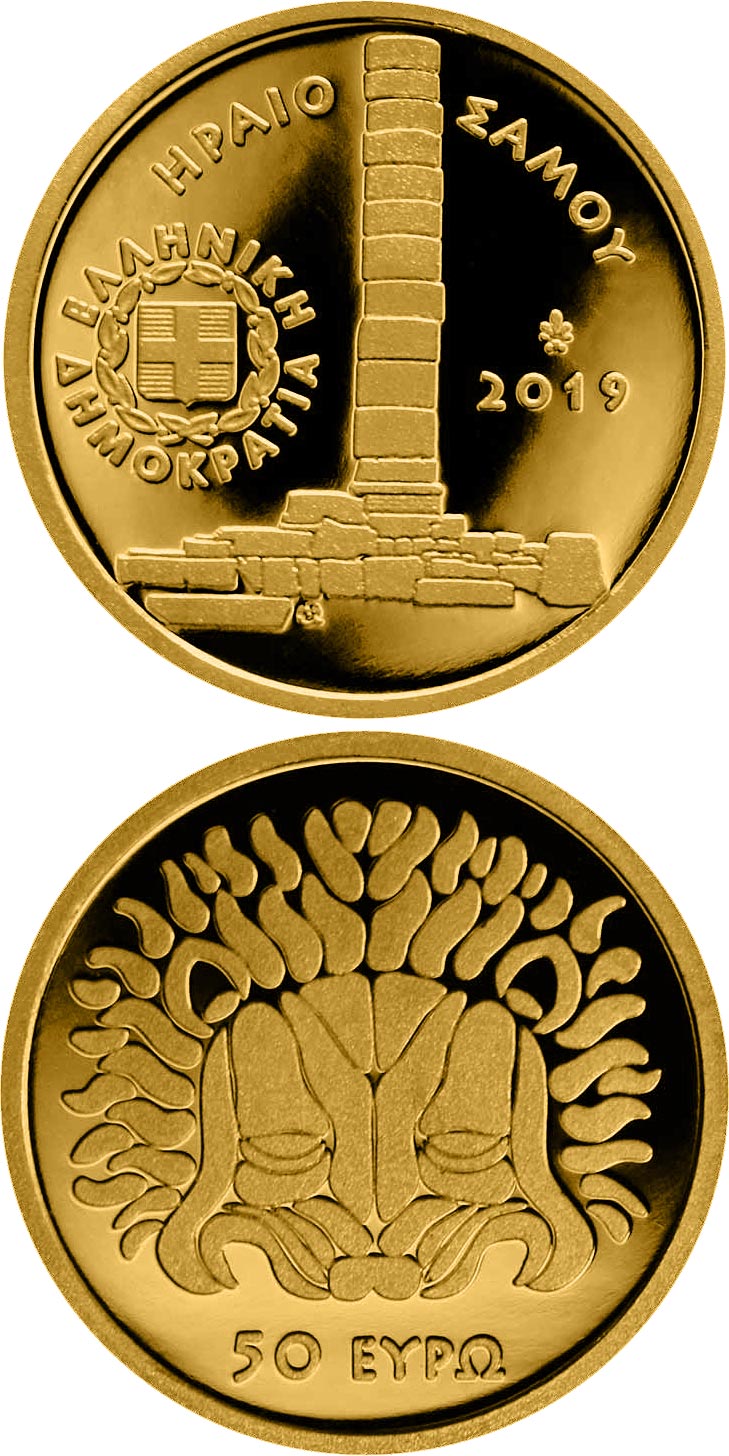 The Temple of Hera (Heraion) on the island of Samos, place of Hera’s birth and nuptials with Zeus, is one of the most important sanctuaries to Hera in Greece. The cult of the Samian Hera dates as far back as to the Bronze Age. The first great Temple of Hera, measuring one hundred feet in length (“hekatompedon”), was erected in the 8th century BC and rebuilt in the 7th century BC. It was replaced by a new, colossal structure (52.5 m x 105 m), with a double colonnade on all sides (dipteral), built in 570-560 BC by architects Rhoikos and Theodoros. This unique temple, a masterpiece of Ionic architecture, was destroyed by an earthquake just years after its completion. Under the tyrant Polycrates, construction began of a new dipteral temple of even larger dimensions (55.16 m x 108.63 m), supported by 155 columns of 20 m in height. Although never completed, the ‘Polycrates temple’ was admired throughout antiquity. The exquisite offerings from the entire then-known world unearthed at the site attest to the sanctuary’s world renown. UNESCO inscribed the Heraion of Samos on the World Heritage List in 1992.