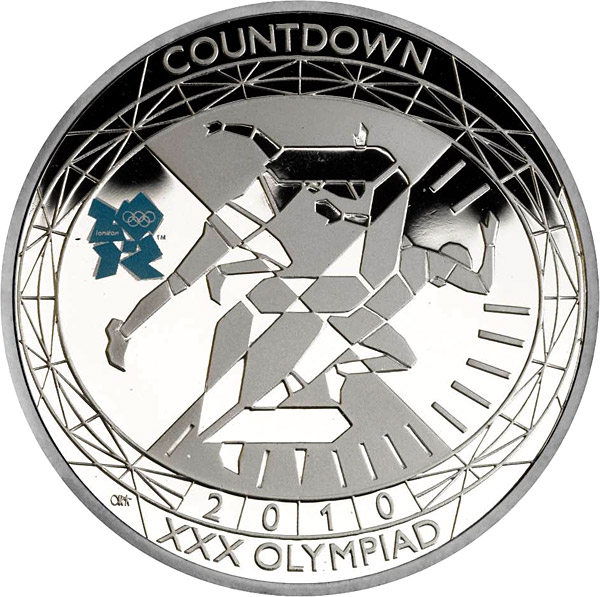 The 2010 £5 Countdown Coin is the second in the countdown series. Following the style of the 2009 coin, this coin represents Athletics featuring a dynamic image of competing runners racing for the finishing line and the coveted gold medal. Also featured is the second countdown number, ‘2’, representing two years to the great event, and the London 2012 Olympic logo in full colour. The reverses have been created by Royal Mint engraver Claire Aldridge while, like all legal tender UK coins, the obverses feature the portrait of the Queen by Ian Rank-Broadley FRBS.