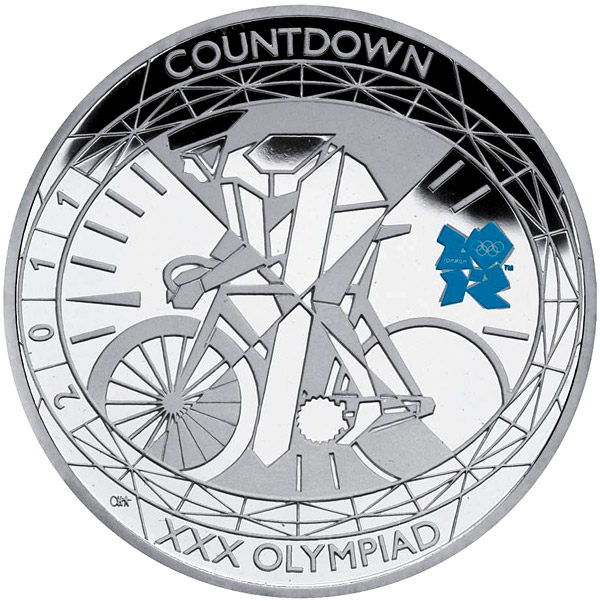 This is your opportunity to commemorate the most momentous event in sporting history – the London 2012 Olympic and Paralympic Games - with an exclusive, limited edition series of four UK £5 sterling silver coins to be released in turn during the countdown years. The first coin was issued in 2009 to mark the start of the countdown to the Games, the 2010 coin represented two years to go, and now the 2011 coin has been struck as the countdown continues and the excitement and anticipation grow. The final coin will be released in 2012.

Following the style of the 2009 and 2010 coins, this sterling silver coin represents Cycling featuring a dynamic image of a Cyclist. Also featured is the countdown number, ‘1’, representing one year to the great event, and the London 2012 Olympic logo in full colour. The reverses have been created by Royal Mint engraver Claire Aldridge while, like all legal tender UK coins, the obverses feature the portrait of the Queen by Ian Rank-Broadley FRBS.