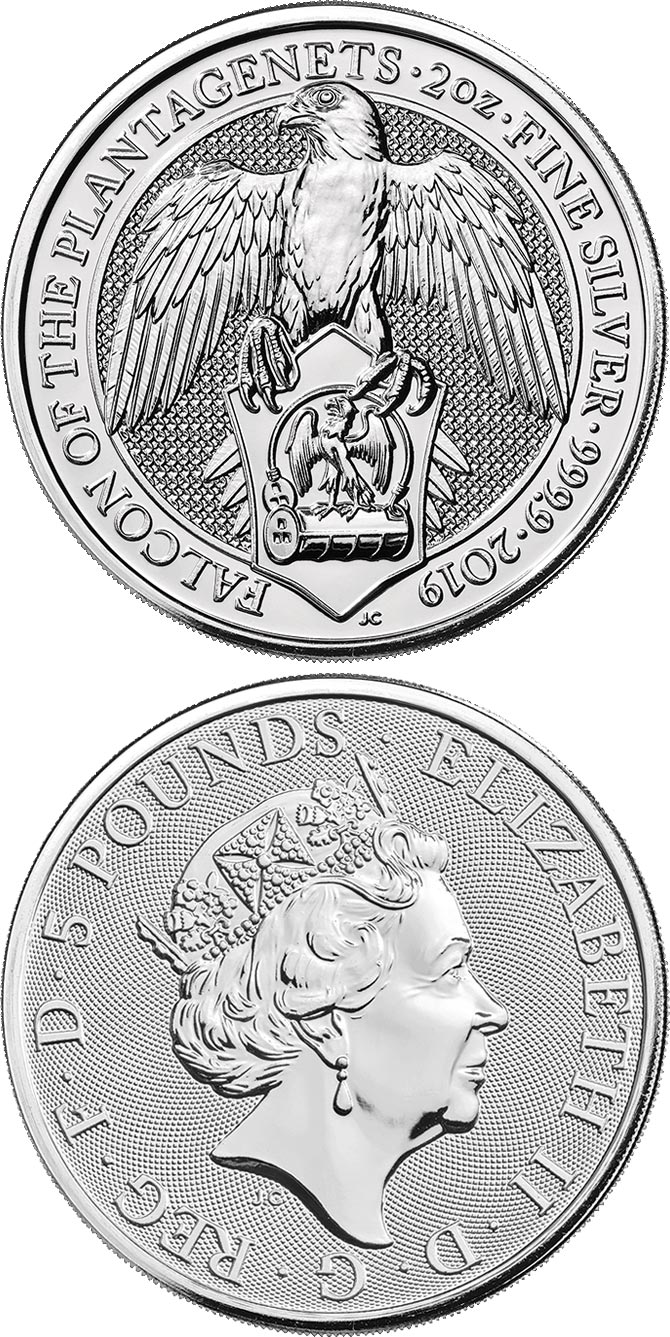 This two ounce silver bullion coin is the sixth addition to The Queen’s Beasts bullion range. Inspired by ancient symbols of power and identity, the range brings to life the ten imposing statues that lined the entrance to Westminster Abbey in 1953 at the coronation of Her Majesty The Queen. Throughout medieval England, falcons were used for hunting. Knowledge of falconry was a skill that belonged to the chivalrous and was a means to display rank. Kings were entitled to use the most impressive birds of all. In heraldry, the falcon represents single-minded determination. First used in England by Edward III, it would pass to his great-great-grandson Edward I, a key protagonist in the Wars of the Roses and the first Yorkist king. Following the success of previous coins in the collection, this silver two-ounce edition features another original design by Jody Clark. Majestic and imposing, the falcon perches on a shield, embodying suitability for high office. This bullion coin from The Queen’s Beasts Collection is also available as a gold quarter-ounce edition and a gold one-ounce edition.