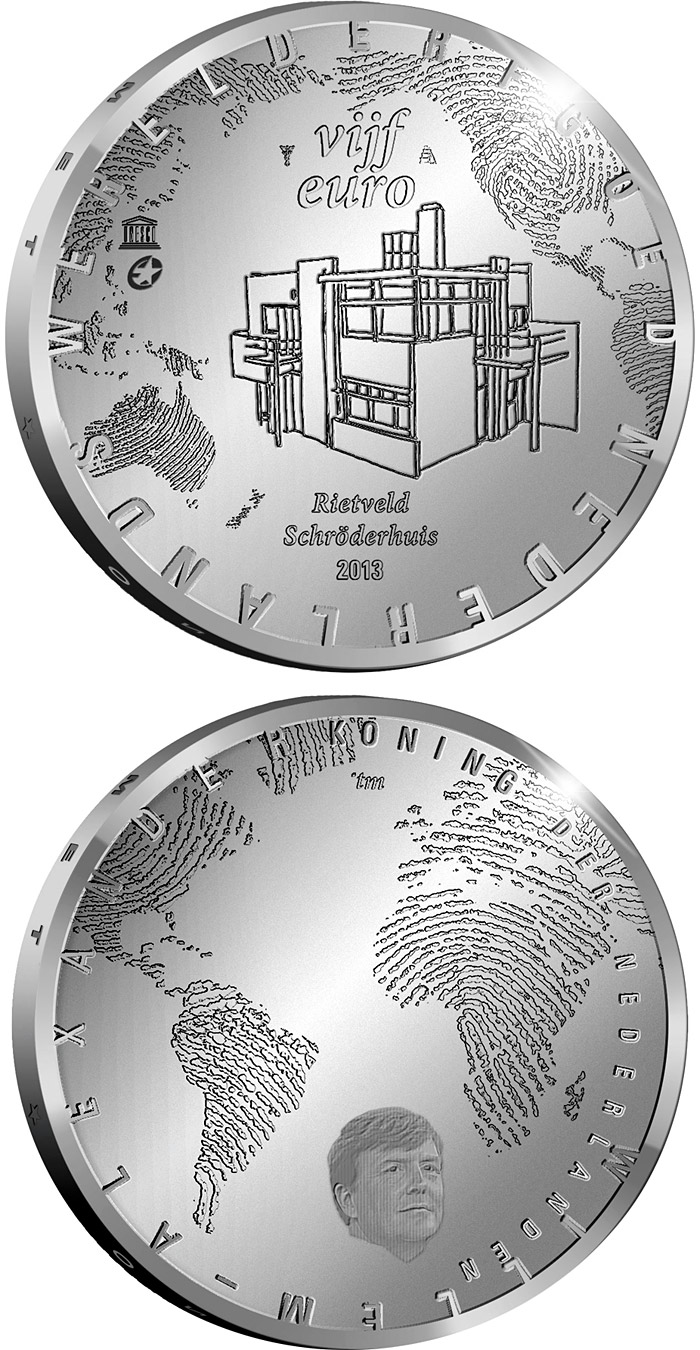 Gerrit Rietveld (1888-1964) designed the Rietveld Schröderhuis on behalf of Truus Schröder-Schräder. Not only was it his first residence, it was also an exuberant experiment in form. As inspiration, Rietveld used his own furniture designs and the ideas of De Stijl, a Dutch art movement named after the journal set up in Leiden in 1917 with the same name. The result is a three-dimensional, asymmetric composition which encompasses flowing passageways between outdoors and indoors and the use of primary colours alongside black, white and grey. The design is also characterised by a light-hearted, well thought through division of space. Both inside and out, everything bears the same, celebrated Rietveld signature.

The theme of the coin falls within the annual theme of ‘European writers’ from the Europe-star programme and the coin therefore bears the European star.