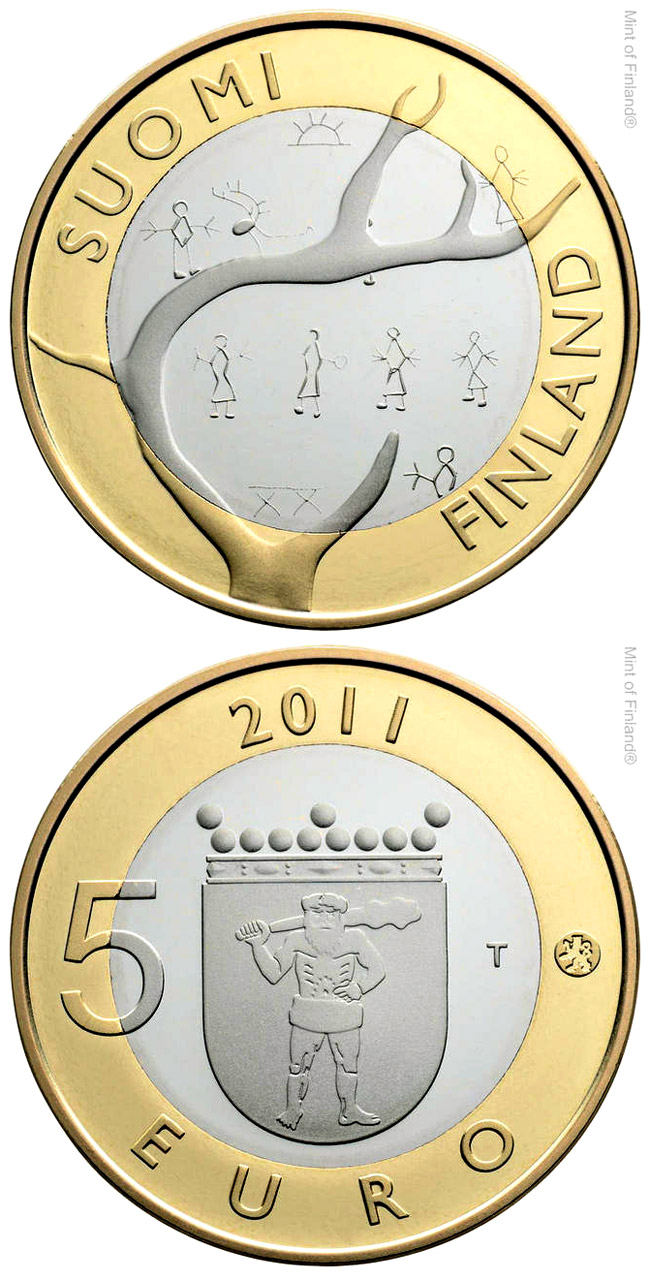 A commemorative coin for magical Lapland. Finland's northernmost province is known around the world for its stunning natural scenery and fascinating traditions. The collector coin captures the mythology of Lapland's longest-standing inhabitants, the Sami people.

The historical provincial boundaries of Lapland cover the northern areas of the modern-day province: the municipalities of Enontekiö, Inari, Kittilä, Muonio, Pelkosenniemi, Savukoski, Sodankylä and Utsjoki.

Today, Lapland also covers Southern Lapland, which was considered to be part of Ostrobothnia during the time of the historical provinces.

Lapland was the last region where the Finns settled. Finns starting moving into the region from the 1550s when King Gustav I of Sweden wished to populate the wilderness areas of his kingdom. By the 1590s, there were 350 Finns living in Alatornio and Ylitornio.

The Sami were living in Lapland long before the Finns arrived. The Sami are the descendents of the people who inhabited Northern Fennoscandia straight after the Ice Age about 10,000 years ago. The Sami are the only aboriginal people in the European Union.

Shamans used drums to predict a family’s good fortune and to heal patients. The drum symbolised life and the entire universe in the past, present and future.

Drum sticks were often made of reindeer horn.