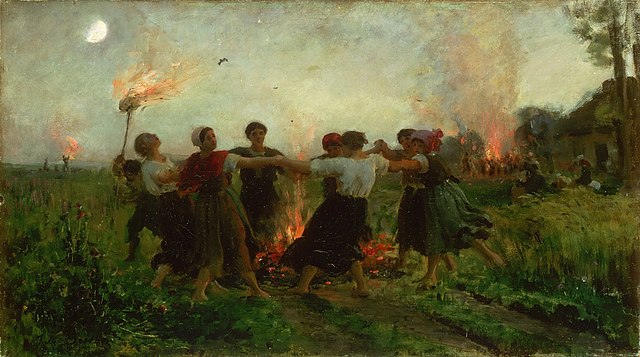 When the sun sets on 23 June, Saint John's Eve, is the eve of celebration before the Feast Day of Saint John the Baptist. The Gospel of Luke (Luke 1:36, 56–57) states that John was born about six months before Jesus; therefore, the feast of John the Baptist was fixed on 24 June, six months before Christmas Eve. This feast day is one of the very few saints' days which commemorates the anniversary of the birth, rather than the death, of the saint being honored.
The Feast of Saint John closely coincides with the June solstice, also referred to as Midsummer in the Northern hemisphere. The Christian holy day is fixed at 24 June; but in most countries festivities are mostly held the night before, on Saint John's Eve. This holiday is celebrated in many places, and is loved by many people. Source: Wiki