The Threatened Species series - a series of collector coins created by Casa da Moeda with the aim of promoting knowledge and preservation of endangered species of Portuguese fauna and flora - is this year issuing a coin dedicated to the common dolphin (Delphinus delphis) designed by marine biologist and award-winning scientific illustrator Pedro Salgado. Despite being one of the most abundant species, the common dolphin population has been decreasing in recent decades due to direct hunting, accidental trapping in fishing nets and habitat degradation. A proportion of the profits earned by this coin are donated to an environmental fund managed by the Institute for the Conservation of Nature and Forests. 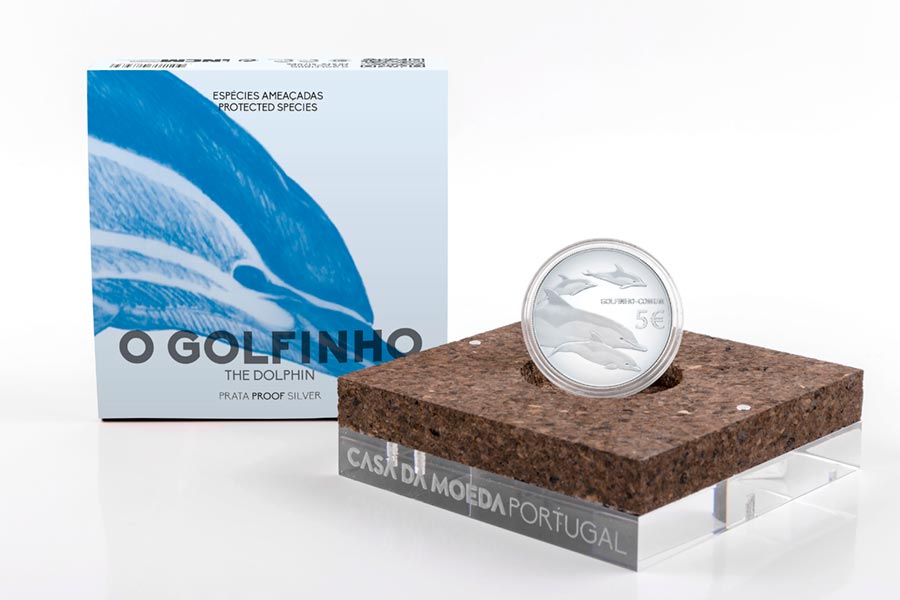