International Mountain Day, an anniversary established by the UN General Assembly and led globally by FAO, is celebrated on the 11th of December all over the world. The aim of the Day is to raise awareness of the importance of preserving mountain ecosystems and the necessary sustainable development of mountains, home to an extremely precious heritage of biodiversity and primary resources. The reverse of the 5 euro coin depicts the First Tower that stands on the top of Mount Titano. It is the largest and oldest of the three fortresses, dating back to the 11th century. The coin's obverse depicts a symbolic composition with the Three Towers standing on Mount Titano, on the tops of which are placed the three Feathers, symbols of the Republic of San Marino. 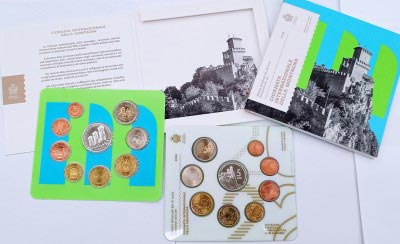