In 2000, the UN General Assembly proclaimed 22 May as International Day for Biological Diversity to celebrate the adoption of the Convention on Biological Diversity signed in Nairobi, Kenya, in 1992. The goal is to safeguard the extraordinary wealth of all species on Earth and to encourage daily actions to preserve, restore and equally share nature and its benefits. The reverse of the 5 euro coin shows a symbolic composition representing all living beings: a wing, a fin, a leg, a leaf and a hand in a circle around the planet Earth. Everyone’s life is interconnected with that of the others, so it is essential to preserve their balance and biodiversity. On the obverse of the coin, the Three Towers of San Marino are depicted on the curves of the golden spiral of the Nautilus, a reference to the perfection of all living beings. 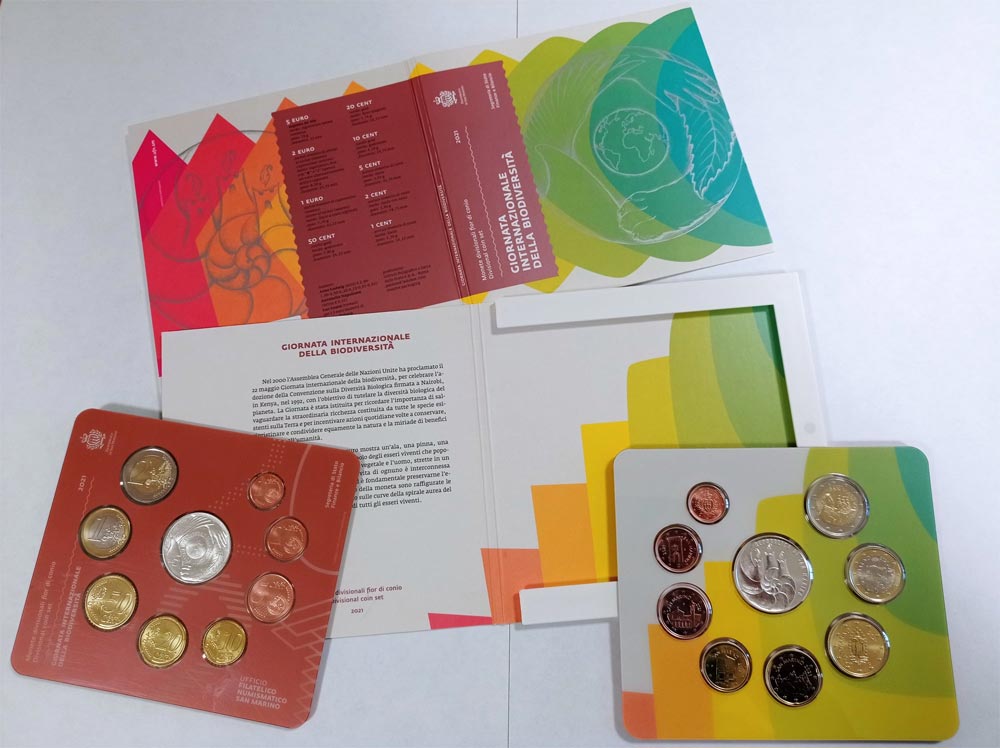