Anthonius Johannes (Anton) Geesink (1934-2010) gained worldwide fame 60 years ago when he became the first non-Japanese to win the World Judo Championship in the heaviest weight division. Many victories and prizes followed, including two more world titles, twenty-one European Championships and a gold medal at the 1964 Olympic Games in Tokyo. The Royal Dutch Mint has therefore minted an official commemorative coin, in commission by the Ministry of Finance: the Anton Geesink 5 Euro Coin.
The Anton Geesink 5 Euro Coin was designed by artist Malin Persson. Judo is inextricably linked to Japan and this was a great source of inspiration for Persson. King Willem-Alexander is depicted on the obverse, with a beard. His head is encircled by the symbol of the “Kodokan”, the first judo school that was ever founded in Tokyo in 1882. On the reverse Anton Geesink is shown during his victory at the 1964 Olympic Games in Tokyo. In full concentration he holds his opponent down in a headlock. The circles symbolize the twenty seconds in which the headlock must be held to win the game. Moreover, the circles indicate a rising sun. Japan is also called the “Land of the Rising Sun”. 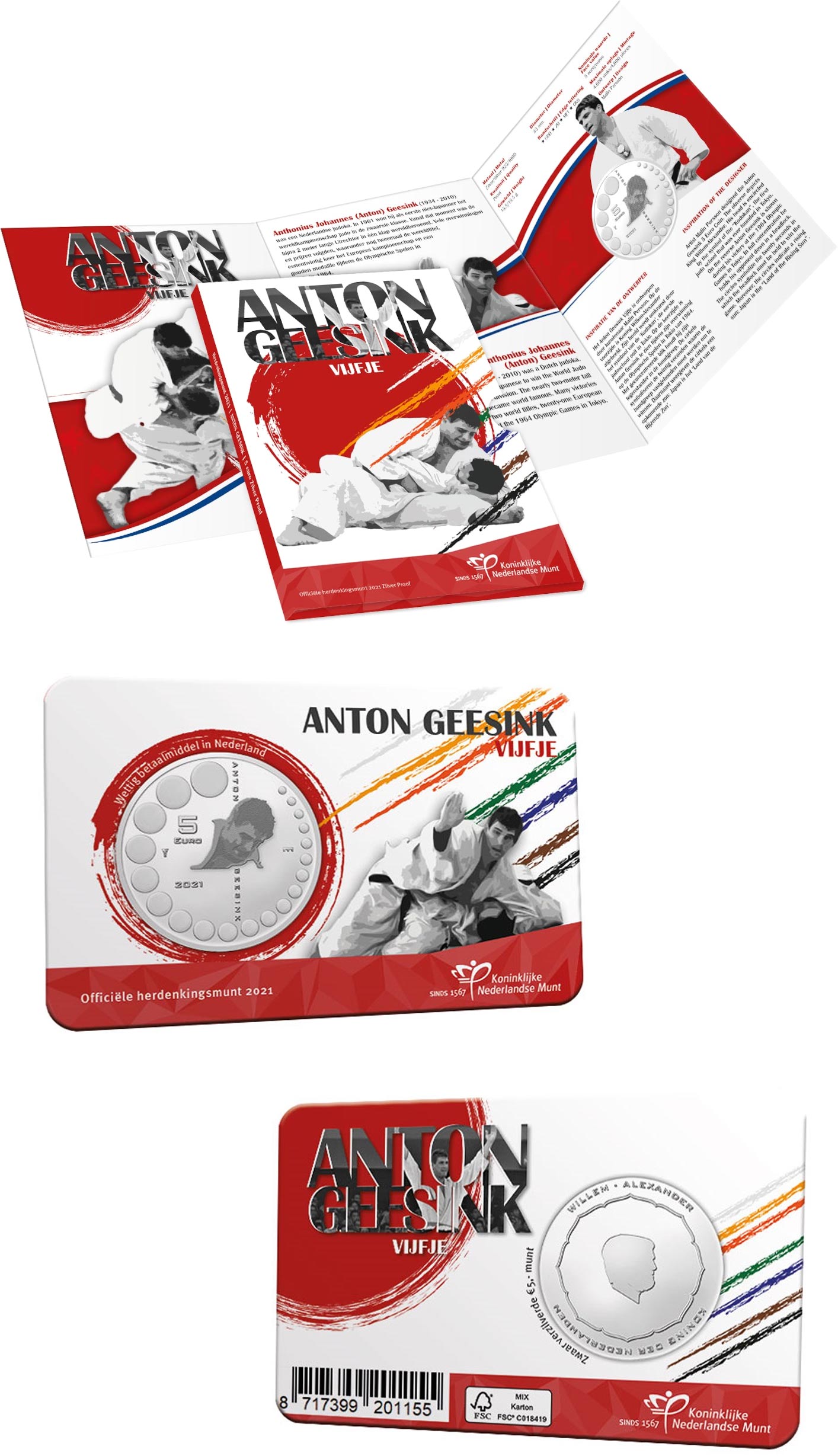