5 euro - 90 Years of the Adventures of Tintin 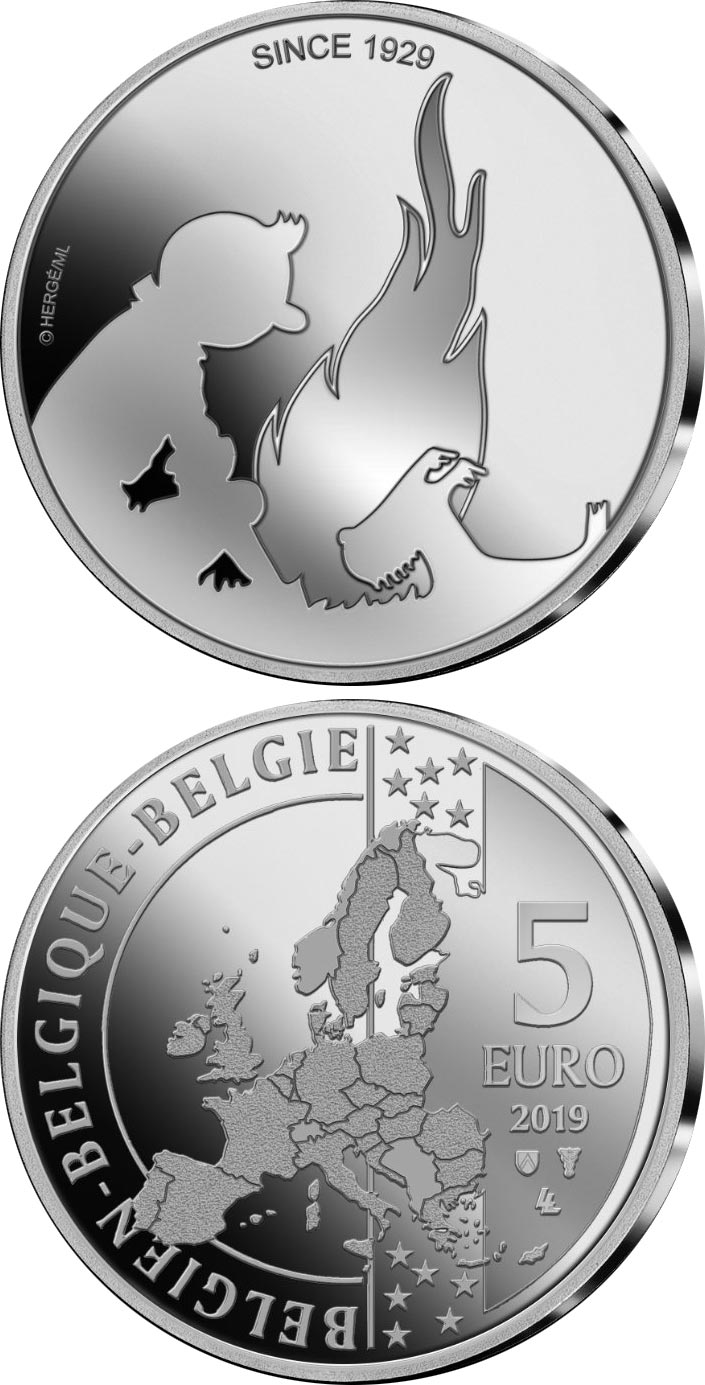 The Adventures of Tintin is a series of 24 comic albums created by Belgian cartoonist Georges Remi, who wrote under the pen name Hergé. The series was one of the most popular European comics of the 20th century. By 2007, a century after Hergé's birth in 1907,[1] Tintin had been published in more than 70 languages with sales of more than 200 million copies,[2] and had been adapted for radio, television, theatre, and film. The series first appeared in French on 10 January 1929 in Le Petit Vingtième (The Little Twentieth), a youth supplement to the Belgian newspaper Le Vingtième Siècle (The Twentieth Century). The success of the series saw the serialised strips published in Belgium's leading newspaper Le Soir (The Evening) and spun into a successful Tintin magazine. In 1950, Hergé created Studios Hergé, which produced the canonical versions of ten Tintin albums. 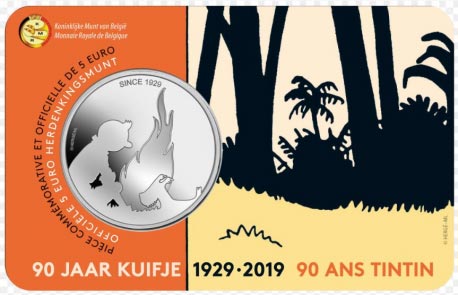