On 6 November 1520, King Manuel I published the Royal Charter that created the Post Office, to which his knight Luís Homem was appointed, thus creating the public postal service in our country. Casa da Moeda is marking the 500th anniversary of the Portuguese Post Office with a commemorative collector coin created by Luiz Duran, former Art Director of CTT (The Portuguese Post Office company) and creator of hundreds of postage stamps. The obverse of this coin features the iconic Mala Posta, a horse-drawn carriage that provided regular passenger and mail transport between Lisbon and Porto from the mid-19th century onwards. 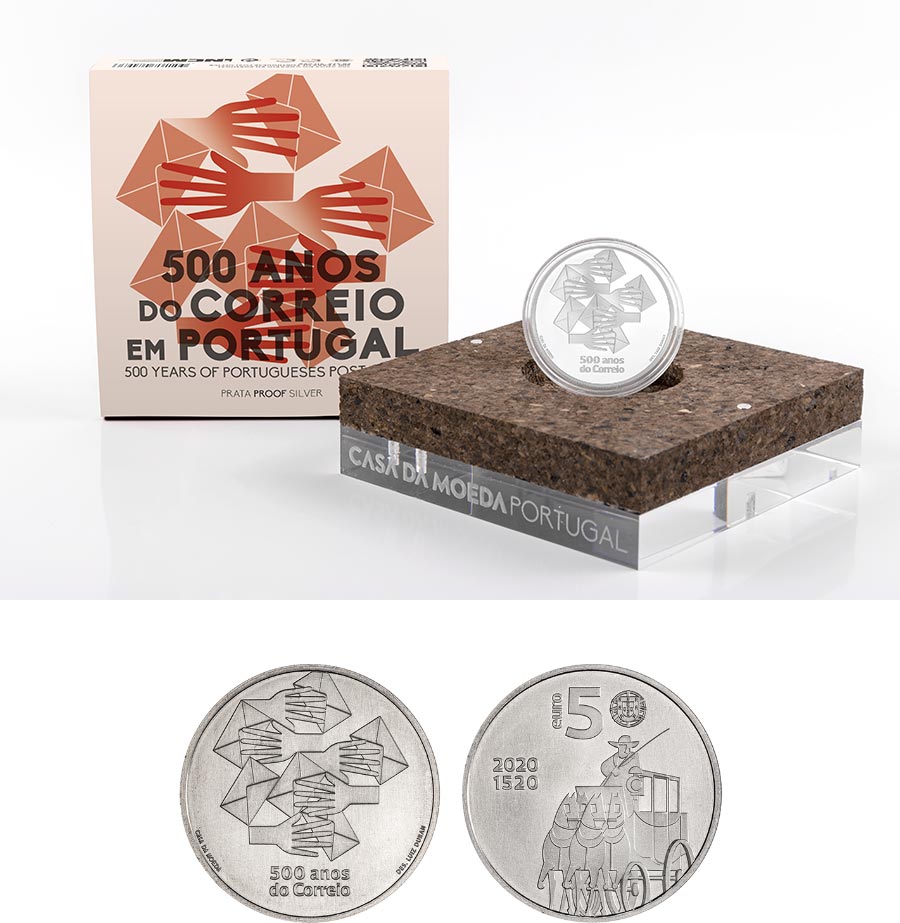