On 7 February 2022 it was exactly thirty years since the Maastricht Treaty was signed. The treaty is one of the most important in the founding of the European Union. In honour of the anniversary, the Royal Dutch Mint mints a commemorative coin on behalf of the Ministry of Finance. For collectors, the coin is also available in Gold Proof: the Maastricht Treaty 10 Euro Coin.
The Maastricht Treaty 5 Euro Coin was designed by artist Rinus van Hall. Van Hall was inspired by the three pillars that form the basis of the treaty and by the location where the treaty was signed, the Government Building in Maastricht. On the front, King Willem-Alexander stands in the middle of the ceiling structure of the iconic hall of the building. The twelve stars symbolise the twelve original member states. On the reverse are twelve fountain pens that draw a temple front, with three supporting pillars as a symbol for the three pillars of the treaty. Spread across the reverse side are 27 stars: the EU now has 27 member states. 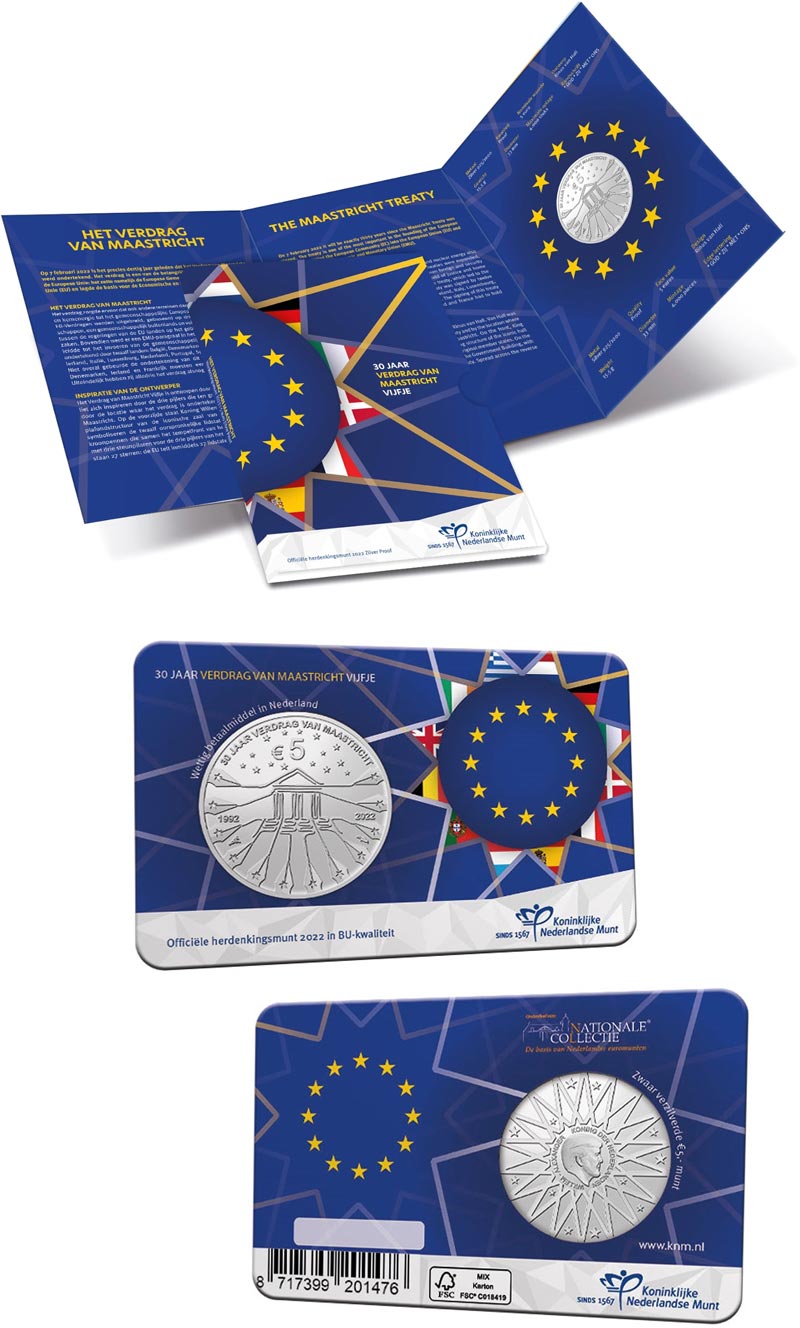