5 euro - 150 Years since the Birth of Theophilos 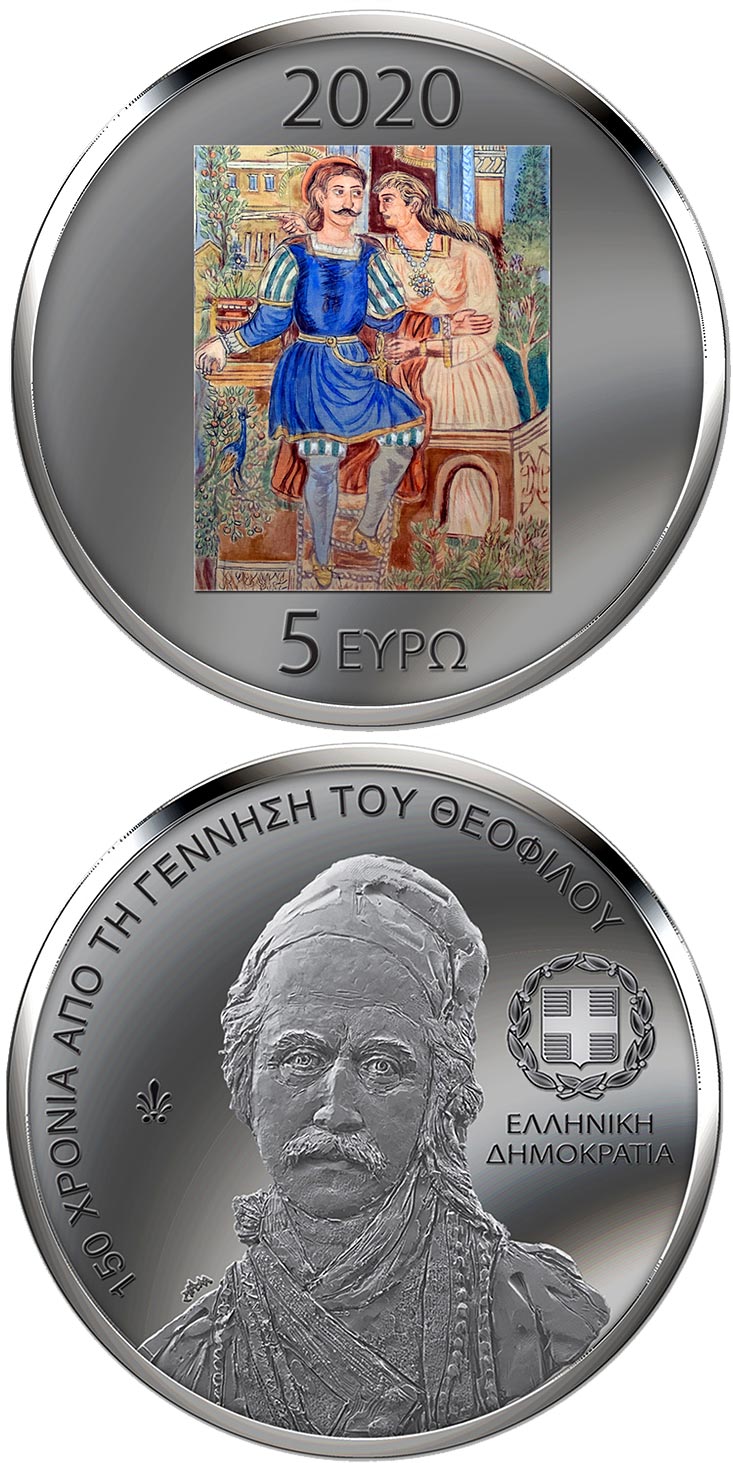 Folk painter Theophilos Hatzimihail (1870-1934) was born in Vareia, on the island of Lesvos, and was essentially self-taught, apart from elements of painting learned from his grandfather, an icon painter. He left for Smyrna at a young age, but spent most of his life in Volos and villages of Mt Pelion, before returning to Lesvos in 1927. His themes are inspired from Greek history and mythology, Byzantine art, folk life and tradition, as well as from landscapes of his native island. He lived in poverty, often decorating the walls of houses and shops for a pittance. He was frequently the target of mockery for wearing the national Greek costume (fustanella) and an ancient Greek helmet. In 1928, he was discovered by art critic and collector Stratis Eleutheriadis (Tériade), who purchased several of Theophilos’s paintings and commissioned other works for a large exhibition in Paris. The exhibition, which took place in 1936, after the painter’s death, was an enormous success. A retrospective exhibition at the Louvre followed in 1961. Theophilos’s talent was hailed by such renowned personalities as Seferis (“Theophilos gave us a new eye; he cleansed our vision”), Elytis, Tsarouchis and Le Corbusier.