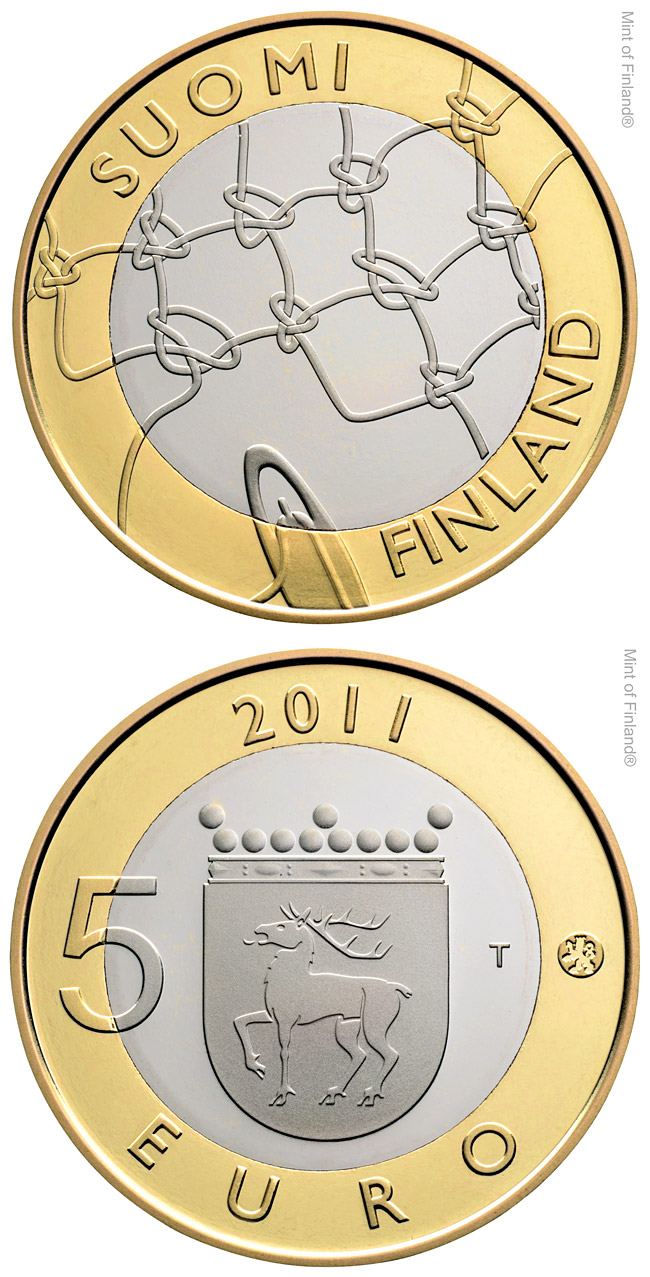 The Coin of the Archipelago Province and Fishermen. The series of provincial coins culminates at the beginning of December to the issuing of the Provincial Coin of Åland that ends this magnificent series. The coin of Åland dwellers will please fishermen as the graphics depict the knitting of fishing nets.

The Åland Coin tells a story of a small archipelago province with a mosaic-like nature that enchants its visitors. The archipelago province is situated east of the Sea of Åland and south of the Bothnian Sea. East of Åland is the Archipelago of Turku in the Province of Varsinais-Suomi. Åland consists of over 6,700 islands and islets, 6,400 of which have an area exceeding 3,000 m2.

Today, Åland is an autonomous province of Finland, a popular tourist destination particularly in summer when this archipelago province is at its most beautiful. The reverse side of the Åland Coin depicts the historical coat of arms of the province.

Fishing has been an important source of livelihood for Åland people since times immemorial. The provincial coin of Åland underlines the importance of fishing to the Åland people as the obverse side of the coin depicts a fishing net and the implement used for knitting one.

Fishing nets were woven at home in winter. They were often made of single-strand linen yarn spun by hand. Early on, the nets were three metres high, and they became increasingly larger, particularly as the stone anchor was replaced by the storm-proof iron anchor.