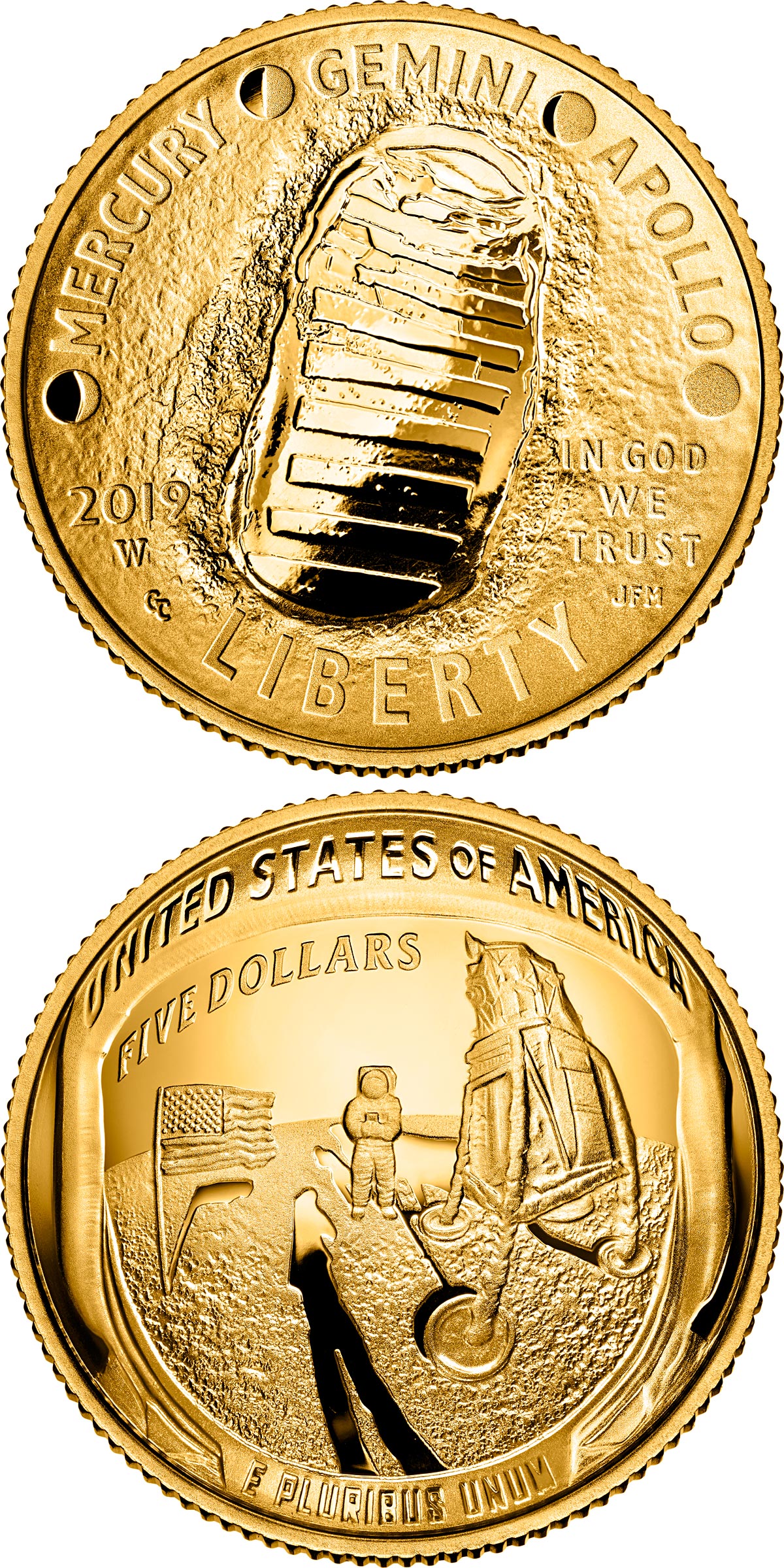 The Apollo program, along with its predecessor Mercury and Gemini programs, inspired generations of American students to pursue careers in science, technology, engineering, and mathematics (STEM), which has fueled innovation and economic growth throughout a range of industries over the last four decades. Learn more about the Apollo 11 50th Anniversary Commemorative Coin Program. Read Less

The obverse (heads) design features the inscriptions “MERCURY,” “GEMINI,” and “APOLLO,” separated by phases of the Moon, and a footprint on the lunar surface, which together represent the efforts of the United States space program leading up to the first manned Moon landing.

The reverse (tails) design features a representation of a close-up of the famous ‘Buzz Aldrin on the Moon’ photograph taken July 20, 1969, that shows just the visor and part of the helmet of astronaut Buzz Aldrin. The reflection in Buzz Aldrin’s helmet includes astronaut Neil Armstrong, the United States flag, and the lunar lander.