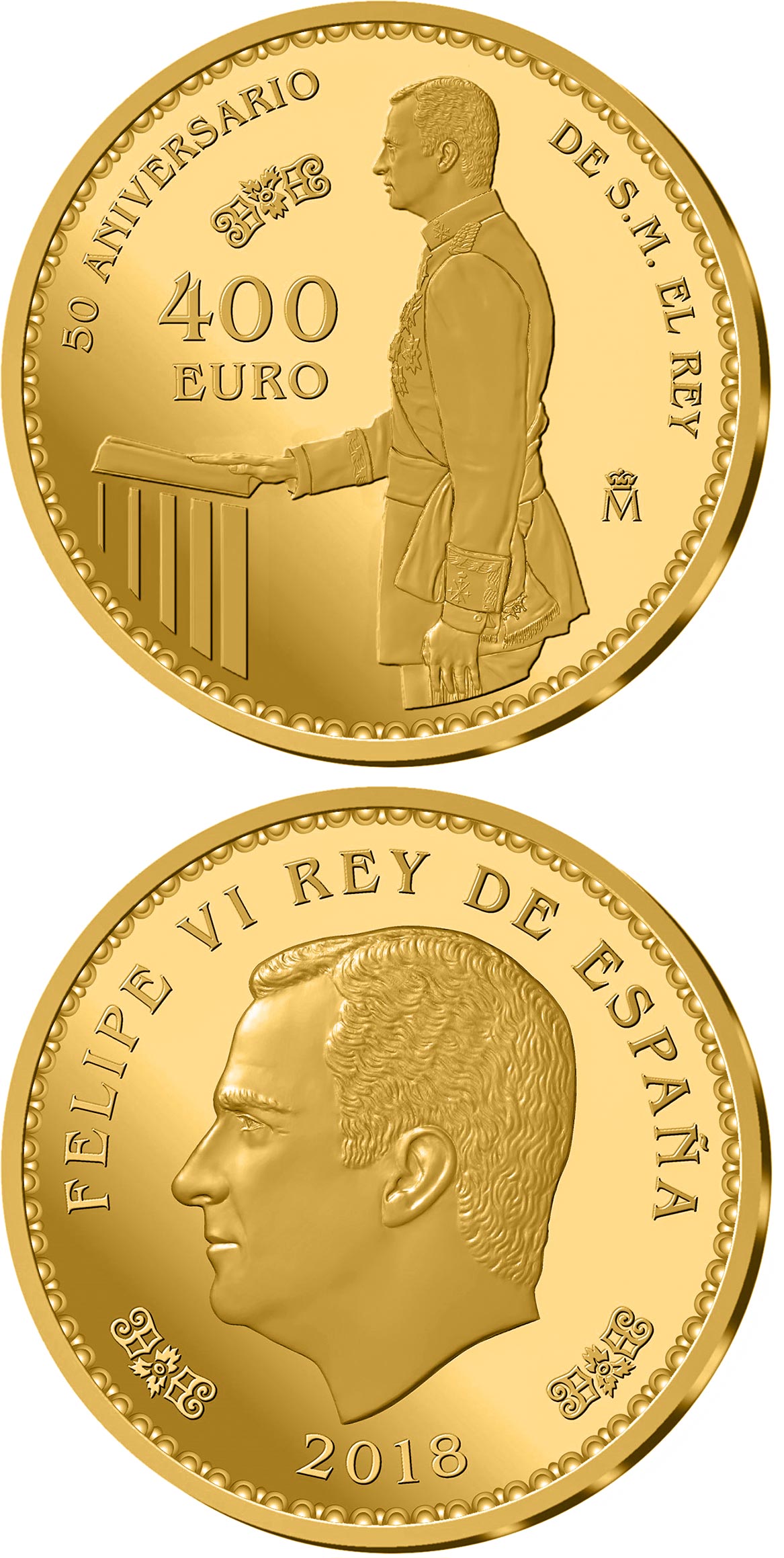 The coin depicts the act of swearing allegiance to the Spanish Constitution at the Solemn Sitting for the Investiture and Proclamation of the Monarch, which took place before the Parliament on June 19 2014. On the obverse, the head of His Majesty King Felipe VI. In the lower part of the coin, between two sets of links from the collar chain of the Distinguished Order of the Golden Fleece, the coin’s mintage year (2018). On the reverse, an image of His Majesty the King during the act of swearing allegiance to the Constitution.